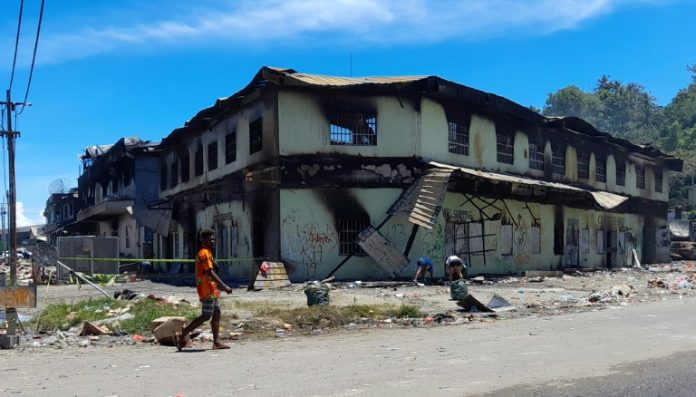 Solomon Islands leader of Opposition, Matthew Wale claims that the international peacekeepers deployed into the country following the recent unrest only brings calm while anger and hatred still exists.

He said the only solution now is a dialogue among the provinces.

“Their intervention only brings calm to the situation and the calmness is only on the surface.

The anger and hatred is still there and the issues still have not been dealt with,” Wale said.

The security situation is now calm and much of this is credited to the presence of the foreign peacekeepers.

But Wale said there is little dialogue between the government and its opponents, which is a cause for concern among many Solomon Islanders.

“There are issues that are still yet to be addressed by the government.

Those issues can only be dealt with through a genuine and sincere dialogue and not through the decisions made by only a few at the top,” Wale said.

Wale also acknowledged the peacekeepers for restoring safety in Honiara.

“We need them at that time because the level of violence is out of control and I don’t think that any single voice would have called for calm and people would have listened.

In that sense we needed overwhelming forces to make people back out from committing crimes at that level,” the Opposition Leader said.

Speaking in a talk back show over the weekend, Secretary to the Prime Minister Dr Jimmy Rodgers acknowledged the deployment of personnel into the country.

He said people are now enjoying peace and quietness.

“The Assistance has achieved its objective to restore law and order, stop the destruction and protect lives,” Dr Rodgers said.

He said the number of assistance forces will reduce to a certain level where the local police can still maintain law and order.

He hopes that the country will recover from the recent civil unrest in the next few months.

Around 200 police and soldiers from Australia, Papua New Guinea, Fiji and New Zealand have been in the capital Honiara following last month’s riots.