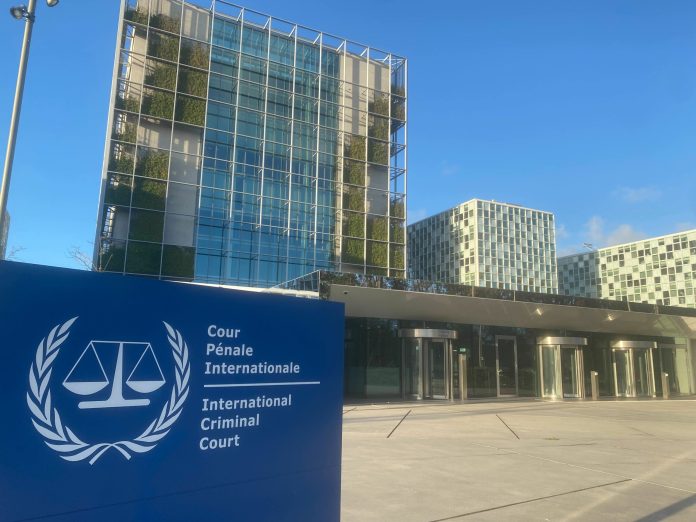 The campaign to make ecocide an international crime took center stage in the Hague on Tuesday as Bangladesh, Samoa and Vanuatu advocated criminalising environmental destruction during a virtual forum at the annual meeting of the International Criminal Court’s 123 member nations.

The forum, attended by more than 1,300 individual participants, represented a collective cry for justice from three of the world’s most climate vulnerable countries. It came less than a month after they and other developing nations pressed their claims at the United Nations climate talks in Glasgow for greater resiliency and adaptation funding from the industrialised world, but came away largely unsatisfied.

“We believe it is timely to discuss how the court’s mandate can be brought to bear on one of the world’s most pressing problems: that of ecological destruction and climate breakdown,” Fiame Naomi Mata’afa, Samoa’s prime minister, said in a recorded statement for the event.

The court’s 20th annual meeting, known as the Assembly of State Parties—made up of those countries that have ratified the Rome Statute, the court’s founding treaty—is taking place from 06 – 11 December in The Hague.

The court, which began operating in 2002, has jurisdiction over four crimes: genocide, crimes against humanity, war crimes and agression or waging illegal war. The idea to add ecocide as the court’s fifth crime gained traction in 2019 when Vanuatu, followed by the Maldives, called on the Assembly of States Parties to “engage in dialogue” on adding ecocide to the court’s mandate.

Since then, Pope Francis, U.N Secretary General António Guterres and more than a dozen countries, including Mexico, France, Sweden and Canada, have expressed varying degrees of support for the international initiative. Earlier this month, Belgium’s parliament passed a resolution expressing support for both domestic ecocide legislation and the international effort.

The United States has not ratified the Rome Statute and is not a member of the court. It does, however, participate in the Assembly of States Parties as an observer country.

Increasingly, environmental advocates, lawyers and policymakers are drawing attention to the effect that environmental destruction has on international peace and security, as well as the wellbeing of humanity, placing ecocide within the realm of concern of international criminal law.

“The consequences of climate change have major implications for the full enjoyment of the human rights of present and future generations, including generations unborn,” Elly VanVliet, honorary consul of Vanuatu in the Netherlands, said at the event.

VanVliet added that the initiative has advanced since 2019, thanks to the work of an expert panel of lawyers who, in June, put forth a proposed legal definition for the crime: “unlawful or wanton acts committed with knowledge that there is a substantial likelihood of severe and either widespread or long-term damage to the environment being caused by those acts.”

The definition, which would criminalise harm to the environment as an aim in and of itself, breaks with what has been an historic focus on the protection of human beings in international criminal law.

Tuiloma Neroni Slade, a former judge at the International Criminal Court and a member of the drafting panel, told attendees that an “historical moment” had arrived for ecocide.

“The scientific evidence and authoritative assessments are out there in great abundance, have been for a long time and are overwhelming in the need for serious global responses,” he said. “For small, vulnerable countries, there is little other option. Ultimately, it is a rules-based global order and the rule of law that provide the most effective protection.”

International criminal law is seen as a tool, alongside political processes like global climate negotiations, to fight widespread environmental harm. In particular, advocates say that making ecocide a crime would change the calculus of multinational corporations when making decisions about potentially environmentally harmful projects.

The road toward amending the Rome Statute is a multistep process that begins with the requirement that at least one member country submit a proposed definition to the United Nations secretary-general, at least three months before a meeting of the Assembly of States Parties. Since the annual meeting is now taking place, any such submission would be too late for official action during this year’s meeting.

Should a country, or a group of countries, officially start the amendment process, the next step requires a majority of member countries to vote in favour of proceeding with debate over the issue. If this happens, a period of formal and informal debate among countries over how the crime should be defined will take place.

Finally, at least two-thirds of the member countries, roughly 82, must vote in favour of an agreed upon definition for the crime.

The process could take years, as it did with the addition of the crime of aggression, depending on the degree of political will among nations.

In reality, kicking off the amendment process will take both a degree of momentum and a coalition of supporting countries, according to lawyers and court watchers.

Jojo Mehta, co-founder of Stop Ecocide International and chair of the charitable Stop Ecocide Foundation (commissioning body for the expert drafting panel), said that the process of building support for an ecocide crime is moving faster than she could have hoped.

“It’s not just time for this to happen, it’s overdue,” she said.

Katie Surma is a Roy W. Howard fellow at Inside Climate News focusing on environmental justice.