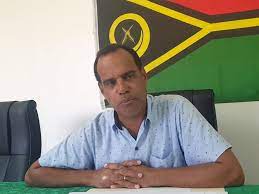 Vanuatu Opposition bloc is appealing to the Prime Minister not to implement the Council of Ministers’ decision to increase housing allowances for government ministers and increase salaries of first political advisers.

“If this decision is implemented it will increase inequality in the country while reducing equity and heightening the general public’s sense of injustice,” he said.

“The proposal to increase 1st Political Advisers’ salaries to the level of Director Generals will mean persons in these positions with no requirement for any educational qualifications will enjoy salaries almost 15 times that of an equivalent unqualified person on minimum wage.”

Regenvanu said Prime Minister Loughman, as the national leader, needs to carefully consider what message such dramatic increases will send to the people of Vanuatu, especially in this time of the COVID19 pandemic when most of the people are experiencing severe financial hardship.

“Such extravagant self-enrichment from tax-payers’ money by our leaders also directly contradicts our national professed values of Christian principles and traditional Melanesian values,” he said.

Regenvanu said traditional Melanesian values for leadership are that one’s status is achieved by giving away material wealth rather than amassing it.

“Such a decision also directly contradicts key elements of our national vision as contained in the National Sustainable Development Plan (The People’s Plan) which speaks of a ‘just and inclusive society’ and ‘a stable economy based on equitable, sustainable growth’,” he said.

“There is nothing just, inclusive or equitable about this proposal; rather it is unjust, exclusive and unequitable.

“The housing allowances enjoyed by the Prime Minister and Ministers are already generous.

“Many Ministers already live in their private houses and in Government-allocated houses, and many Government houses allocated to Ministers remain empty while they rent elsewhere.

“As an example, the Opposition alleged the Prime Minister has two private houses in the greater Port Vila area, but rents a lagoon-side villa while the official Prime Minister’s residence sits unused in the Joint Court area. Any proposals for making changes to remuneration of politicians and political appointees are the mandate of the Government Remuneration Tribunal (GRT) and not the Council of Ministers, and the glaring conflict of interest in this decision clearly demonstrates why this is.

These increases are not included in the 2022 budget passed less than a month ago by Parliament but, if implemented, the total additional cost of these changes will add almost 100 million vatu(US$875,734) to Government expenditure next year.

“In the face of long-outstanding unpaid teachers’ claims, seasonal workers being required to pay for their own quarantine accommodation costs upon their return to Vanuatu, the poor state of our health and education facilities, and many children not being able to attend school due to parents’ inability to pay school fees (and the list goes on), PM Loughman, who will have personal responsibility for signing the order which will amend the Schedule of the Official Salaries Act to implement these proposed changes, needs to carefully consider what our national priorities for expenditure of scarce public funds should be,” said Regenvanu.

He urged the Prime minister not to include the Leader of the Opposition in the increase of benefits. Regenvanu said he rejected the proposed increase of salaries and benefits.

Government Public Relations Officer, Fred Vurobaravu, said the government decided to increase the housing allowances of the Prime Minister and his ministers, following the current high cost of living in Vanuatu.

He said the government will also review minimum wages when borders re-open and businesses recover.

Ratu Wiliame Katonivere to be nominated to assume Fiji’s Presidency