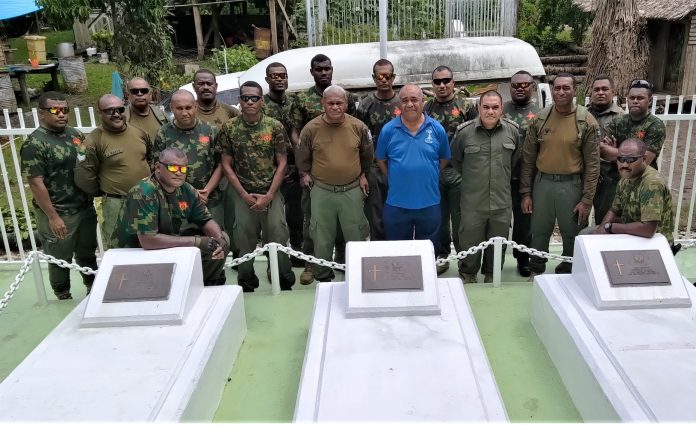 And because of that Secretary to Prime Minister (SPM) Dr Jimmie Rodgers has thanked the foreign forces for helping the country to bounce back over the past weeks.

Many businesses and properties were burned down.

Speaking during a Radio talk-back show, the SPM said; “We are enjoying peace and quiet now. Thank you to the international forces. They come and achieve their objective to restore law, order and stop destruction and protect lives,” he said.

Given the slow return of the situation, he said, the number of assistant forces will be reduced to a level which will continue to help the country maintain peace and order.

“And hopefully we can recover in the next few months,” he said.

A Fiji military representative who was featured during the talkback show expressed gratitude to be given the opportunity to be part of solution to bring peace back to the Solomons.