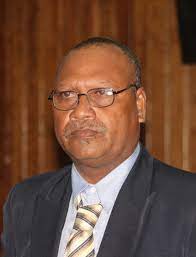 Malaita Premier Daniel Suidani again reinforced his government’s plan to carry out a survey seeking an autonomous government for his province.

In a public address at Auki this week, he said his government is steadfast on the proposal and are working on required necessities for the survey.

He said this is his second public address on the matter and shows his government is grim to take onboard this long-standing issue to get people’s view on it.

He said his government has proposed a training for the surveyors on 29 December 2021 to prepare them for the survey to begin on 05 January 2022.

Suidani said the survey team will conduct the survey on a village-to-village approach and discuss with people the questions on the survey form.

He said the survey questions will not merely centre on the autonomy itself, but on development and other pressing issues the province is faced with.

Suidani said after collecting data from the survey his government will then look at it to charter the way forward on this autonomy for the province.

Suidani said this is the beginning of the road towards whether the province is going to adopt federal system of government or independence.

Premier Mesepitu made the call during Western Province Second Appointed day held at Gizo provincial capital on Tuesday this week.

Meanwhile, Malaiata Premier Daniel Suidani says his province have no need of any foreign forces.

He highlighted this after observing foreign military style vessel appearing at least three times within waters off the Auki Harbour.

“On three occasions the public of Auki and the surrounding communities of Malaita have been observing and wondering what the foreign military vessel have been doing in the waters off Auki,” Suidani said in a statement.

“Whoever is behind these rather threatening appearances should at least informed the people and the government of Malaita what their intentions are,” he added.

“This is because Malaita has always been peaceful and thus there is no need for any foreign military vessels to patrol our jurisdictional waters.

“If this is a case of power posturing then whoever is doing it is basically out of touch with the reality of Malaita province,” he said.