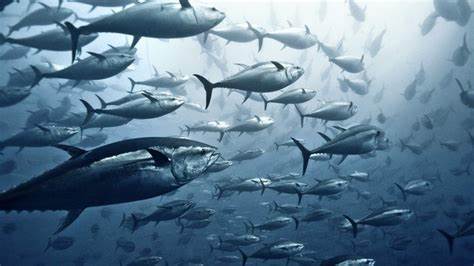 The Pew Charitable Trusts has called for better management of the tuna fisheries of the Western and Central Pacific Ocean.

In a statement released to the 18th regular session of the Western and Central Pacific Fisheries Commission(WCPFC), which is being held virtually from 29 November to 07 December, Pew called for improvements across the board in major areas of the tuna fisheries.

It says that the WCPFC must ensure the continuation of its Compliance Monitoring Scheme (CMS), while committing to complete all the future work tasks listed in the current CMS.

Pew urged WCPFC to maintain existing objectives for the tropical tunas (bigeye, skipjack and yellowfin) while it developed harvest strategies and improved monitoring of these important stocks. The objectives and rules covering the fishing of these three species are listed in conservation and management measure (CMM) 2010-01, often referred to as the Tropical Tuna Measure.

Pew recognised that the renegotiation of the tropical tuna “bridging measure” would be a significant focus of WCPFC18.

Esther Wozniak, the principal associate with The Pew Charitable Trusts’ international fisheries project, and Pew Officer Glen Holmes said their presentation to the meeting focused on what should be done to help better manage tuna fisheries in the region.

They said Pew believed that critical to the success of any future measure are sound objectives for management and tools to monitor whether the fishery is meeting those objectives.

*WCPFC18 should agree to a multi-annual measure to succeed CMM 2020-01 that maintains bigeye and yellowfin tuna stocks at their current objectives (at or above the average of 2012-2015 levels) and incorporates deadlines for the adoption of harvest strategies. This would ensure management continues without major changes in fishing intensity and support the Commission’s commitment to implement fully specified harvest strategies tested through Management Strategy Evaluation (MSE) per CMM 2014-06. Alternative fishing scenarios would be better identified in MSE as part of the development of harvest strategies rather than the current, untested system of management.

*To provide data to monitor the performance of the tropical tuna measure, WCPFC18 should adopt the proposal from members in the Forum Fisheries Agency for the Commission to adopt minimum standards for electronic monitoring in 2022 and establish a regional electronic monitoring programme by 2023. Electronic monitoring offers a cost-effective solution to scale up monitoring coverage. Low levels of observer coverage in the longline fishery limit the availability of independent catch and operational data, reducing the accuracy of stock assessments and effectiveness of conservation and management measures.

*As a step toward matching the 100 percent coverage in the purse seine fishery, WCPFC18 should adopt the United States’ proposal to increase longline coverage to 10 percent, up from the currently required five percent. The longline fishery, which catches 10 to 13 percent of the total tonnage of tunas in the western and central Pacific but accounted for 28 percent of the two delivered value of the WCPFC’s fisheries, a haul worth US$1.6 billion at the dock in 2019. The longline fishery should be monitored in a way that recognises its value and impact.

*Lastly, requirements for the design of fish aggregating devices (FADs) should be strengthened. WCPFC18 should prohibit the use of mesh in any part of the construction of FADs. This would dramatically reduce the risk of FADs entangling marine animals and reduce their impacts on sensitive habitats should they become grounded, abandoned, lost, or discarded.

In their review of the meeting Glen Holmes and Esther Wozniak believe that the meeting should look at these crucial proposals and the path forward:

Independent human observers provide key information on vessel activities, which informs stock assessments and helps fisheries managers ensure that conservation and management measures are implemented. Despite the valuable data these individuals provide, WCPFC-managed longliners are required to have observer coverage on only five percent of their fleet’s operations. In contrast, purse seine vessels must have independent observers monitor 100 percent of their operations.

Although getting human observers on lengthy longline fishing trips can be challenging, coverage can be expanded by complementing human observers with electronic monitoring (EM), which uses a combination of cameras, gear sensors and GPS to extend oversight to vessels that aren’t independently monitored. COVID-19 forced countries to pare back human observer coverage on vessels to protect human health, reducing the effective coverage in the longline fishery to just three percent and underscoring the urgent need for EM programmes.

At the December meeting, the United States is proposing that the WCPFC double its minimum observer coverage in all longline fisheries to 10 percent. Also up for consideration is a proposal by the Pacific Islands Forum Fisheries Agency’s member countries for the WCPFC to commit to adopting EM standards in 2022 and establishing a regional electronic monitoring program by 2023. Adopting both of these proposals would increase oversight of the WCPFC’s longline fisheries and be an important step toward ensuring their sustainability and continued viability.

Oceanic whitetip, once one of the most abundant open-ocean sharks, is globally threatened by longline fishing activity and classified as critically endangered by the International Union for Conservation of Nature. Its status is particularly dire in the western and central Pacific, with less than five percent of the population remaining and existing conservation measures insufficient to prevent further declines. Since 2013, the WCPFC has banned retention, meaning that vessels in the region cannot keep any oceanic whitetip on board, even if it’s caught accidentally. Although this is a good starting point for rebuilding the population, additional measures—such as gear changes to avoid shark bycatch—are necessary.

Wire “leaders,” also known as steel trace, are used by longline vessels fishing for bigeye tuna, but when sharks are accidentally caught on the line, they’re unable to free themselves—and frequently die. Switching to nylon or monofilament leaders, which are easier for sharks to bite through, would reduce oceanic whitetip shark deaths and help give this population a chance to recover, while still allowing vessels to catch targeted tunas. A recent study presented to the WCPFC Scientific Committee found that banning wire leaders would reduce oceanic whitetip shark deaths by 36 percent. And a new proposal would require longline vessels to transition from wire to monofilament leaders. By adopting this measure, Commission members would be joining the United States and a host of other countries, including many Pacific island states, that have already switched to this less harmful gear.

Improving data collection on at-sea transhipment or transfers of fish

Transfers of fish between vessels at sea—known as transhipment—is an important component of some longline operators’ business models, with close to 1,500 transfers estimated to have taken place in the WCPFC’s jurisdiction in 2019, a 166 percent increase in five years.

Current transhipment monitoring and controls are insufficient and continue to provide opportunities for illegal, unreported and unregulated fish to enter market supply chains. For instance, the Commission’s Secretariat does not receive individual reports from observers on at-sea transhipment, requiring only summarised reporting from the country or countries whose vessels are engaged in the witnessed activity. In addition, there’s no standardised form for observers, meaning that every observer records information differently. These data gaps compromise the Secretariat’s ability to monitor these activities appropriately.

At this meeting, the WCPFC must adopt minimum data standards for use by at-sea transhipment observers and must clearly specify that these reports are to be sent directly to the Secretariat. In addition, the WCPFC should adopt the Pacific Islands Forum Fisheries Agency’s proposal to review the results of ongoing efforts to examine a broader range of concerns and revise the current transhipment measure in 2022.

It’s vital that the Commission agrees to adopt these measures in December to strengthen management of this billion-dollar fishery and support the long-term viability of both the industry and the affected populations on which it relies.