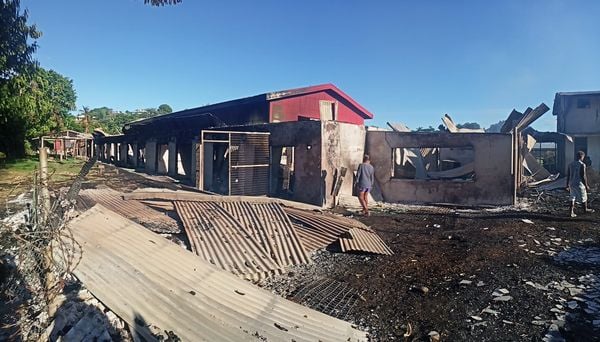 New Zealand is sending another contingent of 50 military and police to Solomon Islands this weekend to help maintain the peace in the capital Honiara.

The deployment announced earlier this week will join an initial group of 15 peacekeepers who have already arrived from New Zealand, and more than 150 others from Australia, Papua New Guinea and Fiji.

“What the Solomon Islands desperately needs is development, jobs for its young people, it needs opportunity.”

The former Prime Minister led New Zealand when it helped form the 2003 Regional Assistance Mission to Solomon Islands (RAMSI) which was created in response to a request from the Solomons’ for international assistance during the period known as “The Tensions”.

The RAMSI mission aimed to quell violence related to ethnic tensions, and it only ended in 2017.

Clark said she hopes this time the unrest and peacekeeping efforts do not last that long.

“The roots of this lie in underdevelopment,” she said.

She recalled a visit to the Solomon Islands and being told by the Prime Minister at the time, that the sight of young people with nothing to do “haunts” him.

“That is a force for destabilisation. Young people have talent, they want opportunity, and the question is where and how can that opportunity be found in the Solomons,” she said.

Over 50 percent of outbreak cases are Pasifika