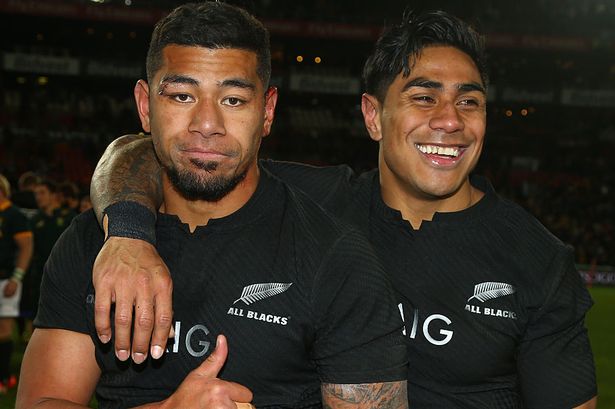 World Rugby has approved a landmark change to its eligibility laws which will allow players to switch Test nations and significantly bolster developing countries in time for the 2023 World Cup.

In a game-changing move for the sport, players who meet the criteria will be able to change nations from January with the Pacific Islands among the teams poised to most reap the rewards.

The change means Charles Piutau, who has 17 All Blacks caps, will be free to represent Tonga, as will Israel Folau, George Moala and Vaea Fifita. England’s 2023 World Cup pool stage opponents Samoa could be bolstered by the former New Zealand fly-half Lima Sopoaga, the Bristol captain Steven Luatua, Julian Savea and Denny Solomona, who has won five caps under Eddie Jones. The move also frees Billy and Mako Vunipola to play for Tonga in 2024 should they wish, and likewise Manu Tuilagi for Samoa.

Players are eligible to switch nations if they have been stood down for three years – in other words, not been selected for 36 months – and if they, or a parent or grandparent, were born in the country they wish to represent.

A switch can only be made once and the change comes into effect from the start of next year. In England’s case, Alex Lozowski would be eligible to now switch to Italy but Jake Polledri would, in theory, be available to move the other way in 2023.

The motion was voted on by World Rugby’s council and required a 75% majority. It is understood that the threshold was only just met after sustained lobbying from the World Rugby chairman, Bill Beaumont, who had pledged to make changes as part of his manifesto for re-election. It is also understood that the New Zealander Joe Schmidt, formerly the Ireland head coach and now the director of rugby at the world governing body, was also instrumental in gathering support. The Rugby Football Union voted in favour of the change.

“Approval of this landmark regulatory change is the culmination of detailed and widespread modelling and consultation across the game,” Beaumont said. “We have listened to our membership and players and sought to update the regulation recognising the modern professional rugby environment without compromising the integrity of the international game.”

While the less heralded nations stand to benefit – the Tongan rugby league team has been transformed since a similar change was introduced in that code – players can also move from developing to established nations, prompting some observers to urge caution over the move.

The counterargument is that, say, a player of Pacific Island heritage may be more likely to pursue a career with an established nation in their prime, safe in the knowledge that they can see out the latter stages with Tonga, Fiji or Samoa. The general reaction to the move, however, has been largely positive with World Rugby considering Spain, Portugal and Namibia as examples of the types of nations who stand to benefit most.

The change also means players who have been “captured” by appearing for a nation’s second team – either an ‘A’ side or an under-20s team – are free to represent a different country provided they meet the criteria. It was a ruling that denied Carl Fearns the chance to switch allegiances to France while playing there and which ultimately led to Russia qualifying for the 2019 World Cup following sanctions for Spain, Romania and Belgium over ineligible players.

Meanwhile, Australia is set to be awarded the 2027 World Cup after being announced as World Rugby’s preferred candidate and the USA is the frontrunner for the 2031 tournament after entering into exclusive discussions with the governing body.

Australia was widely expected to host the tournament in six years’ time but the USA’s emergence as the favourite for the subsequent competition is a significant development. The RFU had expressed a firm interest in bidding but had prioritised the 2025 women’s tournament.

On Wednesday England was announced as the preferred candidate for that competition. The RFU chief executive, Bill Sweeney, said: “We are delighted to have been awarded preferred candidate status for Rugby World Cup 2025. Hosting it will be incredible, our ambition is to stage the best attended women’s RWC ever, with nationwide qualifiers and a sellout final at Twickenham Stadium. We are looking forward to working with World Rugby and government to make this happen.”.