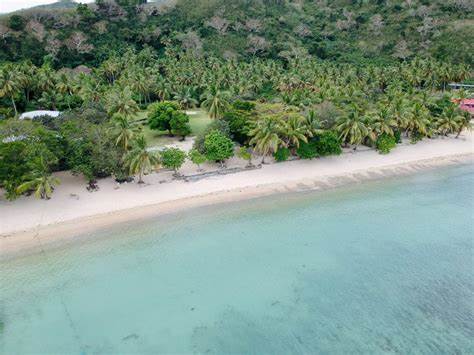 Is the Pacific Islands region the most corrupt region in the world? A new report by Transparency International found that in some Pacific Island nations more than 90 percent of people believe corruption is a serious problem.

The report, which relies on a survey of over 6,000 people across 10 countries and territories, found that not only do people believe corruption is rife but many have experienced it firsthand.

Around a third of people interviewed said they had recently paid a bribe to receive public services – a higher rate than any other region. One in four respondents said they have been offered a bribe for their vote in national or local elections, with 15 percent saying they’ve received threats of retaliation if they did not vote a specific way.

Kiribati, the Federated States of Micronesia, and Papua New Guinea ranked worst on vote-buying and bribes paid for public services.

The report notes that “sextortion,” whereby an official requests sexual acts in exchange for essential government service, is widespread, with 38 percent of respondents across the region saying they or someone they know has personally experienced it within the last five years.

French Polynesia and New Caledonia ranked worst on sextortion, with 92 percent and 76 percent of respondents in those countries, respectively, stating they have experienced this form of corruption themselves or know someone who has.

The Solomon Islands and Papua New Guinea ranked worst for perception of corruption, with 97 and 96 percent respectively believing that corruption is a big problem in government. A third of all people interviewed across the Pacific think that most or all members of parliaments and staff in heads of government’s offices are involved in corruption.

The Solomon Islands and Papua New Guinea also had the highest percentages stating a belief that corruption is a big problem in business, at 90 and 82 percent respectively. Transparency International notes in its report that a corruption hotspot appears to be government contracts. Companies involved in extracting natural resources are of particular concern.

“In Solomon Islands – one of the largest exporters of tropical wood globally – many senior government leaders have held direct interests in logging concessions. There has been collusion between political leaders, public officials and the timber industry, with recent cases implicating senior officials and politicians,” the report notes.

Chair of Transparency International’s Board of Directors, Delia Ferreira Rubio, said: “This new data reveals for the first time the high levels of corruption directly experienced by people in the Pacific, which points to a pressing need for reform.”

Earlier this month, Transparency Solomon Islands reported that three officials working at the country’s High Court were alleged to have received bribes totaling up to $11,000(US$1,366).

In 2019, Victor Rory, who worked in the prime minister’s office in Vanuatu, was found guilty of embezzling development funds, including more than AUD$182,000 (US$131,000) from European Union funded projects.