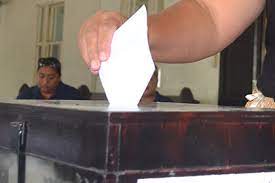 Tonga will hold a parliamentary by-election on 03 November to elect three new People’s Representatives to the Tonga Legislative Assembly, in the constituencies of Tongatapu 4, Tongatapu 6 and Tongatapu 7.

The unseating is required by the Electoral Act and follows the election-petition related Court of Appeal judgements that were released on 09 August 2022.

The Court of Appeal decisions confirmed the declaration that the election of the respective Representatives in the General Election of 18 November 2021 were void.

The by-election of 03 November 2022 was announced after consultation between the Lord Speaker and the Chairman of the Electoral Commission, Lord Dalgety Q.C, as required by the Legislative Assembly Act.