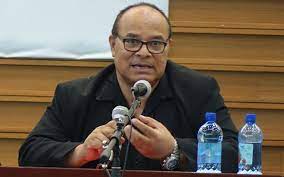 He, along with three current cabinet ministers, already has a stay on earlier election petition losses.

RNZ Pacific’s correspondent in Tonga, Kalafai Moala, said, as with the first petition, this one involved the provision of water tanks to voters, but was brought by a different petitioner.

“Of course the provision of water tanks is a little bit more serious. It’s not like you are giving a box of chicken or giving a little cash, a water tank is worth 10,000 pa’anga(US$4,317),” he said.

“And according to the judgement description, there were 50 water tanks that were at his disposal to give to the people in his constituency, the voters, and those were given as a form of bribery.”

Kalafi Moala said Pohiva Tu’i’onetoa is expected to seek a stay on this decision.

Meanwhile the Tonga parliament has been able to meet this week as it tries to rush through the annual Budget.

It had been delayed by the initial decisions on the electoral petitions which had denied the government the numbers it needed for the budget…. PACNEWS