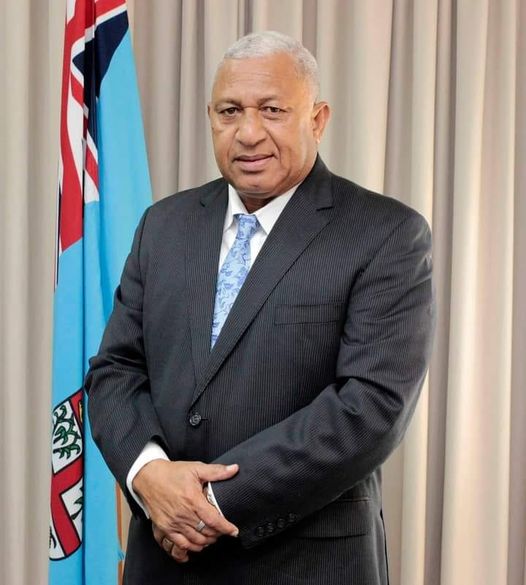 Fiji has reaffirmed its commitment towards the advancement of the United Nation’s mandate on the creation of societies based on fairness, equality, respect and solidarity.

This was highlighted at the United Nations today on the occasion of the commemoration of the 20th Anniversary of the Durban Declaration and Programme of Action (DDPA), which is a comprehensive and visionary document that embodies the world’s commitment to tackle the scourge of racism.

A high-level meeting was convened by UN Secretary-General António Guterres and the President of the 76th Session of the UN General Assembly,Abdulla Shahid, which provided an opportunity for Heads of Governments and UN officials to review the efficiency of previous measures, revisit challenges, rectify shortcomings and commit to prompt and more effective measures against racism and racial discrimination.’

In his statement to the UN General Assembly, Prime Minister Frank Bainimarama conveyed the Fijian Government’s unwavering commitment to achieving the objectives of the Convention on the ‘Elimination of All Forms of Racial Discrimination’ and the Durban Declaration and Programme of Action.

He said the fight against racism and all its manifestations is a fight for all of humanity. “It must be conducted in the halls of Parliament, in the Courts of Justice, in the administration of Government programmes, in the workplace and schools—and most importantly, in the hearts of people everywhere.”

Prime Minister Bainimarama further said that racism flourishes where it is tolerated or ignored and a society that does not confront racism within it will watch the stain of racism grow.

“History has shown us that it is a very short journey indeed from racist attitudes to racist violence. It is the responsibility of the Government, through political leadership, to eliminate it.

Government has many weapons at its disposal to fight racial discrimination, and it should use them all.
Through laws that are enforced, through the enshrinement of racial equality and equal rights for all individuals, through the vigorous prosecution of racist crimes, and through the education of our children from their first days in school.”

“Leaders must also use their pulpit, to call out racism where it exists and to attach shame and social rejection to racist acts and racist ideas. In Fiji, we have had to confront with honesty an unpleasant history of racial division and racial hatred. We have made great progress, but we are still fighting.”

“Our 2013 Constitution recognises all citizens as truly equal for the very first time in our history. There are no longer classes of citizenship. Racial politics in the past led to two coups and the exodus of thousands of loyal and productive citizens who came to believe there was no future for them in Fiji. Today, we welcome them back.”

Prime Minister Bainimarama said he is proud of Fiji’s young population who are embracing a Fiji that is both secular and blind to ethnic or racial differences.

“We have not eliminated racism, by any means. And we must always be alert to the political voice who will seek to revive it and ride it to power. With advancements in digital technology, the proponents of hate speech and racist propaganda have a wider platform to spread their hate and gain influence.”

Prime Minister Bainimarama concluded his statement by reaffirming Fiji’s commitment to the vision of the Durban Declaration and Programme of Action (DDPA) and the work that remains to be done.

The Durban Declaration and Programme of Action (DDPA) is the UN’s blueprint for effectively tackling racism, racial discrimination, xenophobia and related intolerance and represents a fundamental development in human rights. It was adopted by consensus at the 2001 World Conference against Racism (WCAR) in Durban, South Africa.

DDPA embodies the firm commitment of the international community to tackle racism, racial discrimination, xenophobia and related intolerance at the national, regional and international levels. Recognition that no country can claim to be free of racism, that racism is a global concern, and that tackling it should be a universal effort, is an important achievement.

Pacific wants wealthy nations to deliver on funds, emissions ahead of...