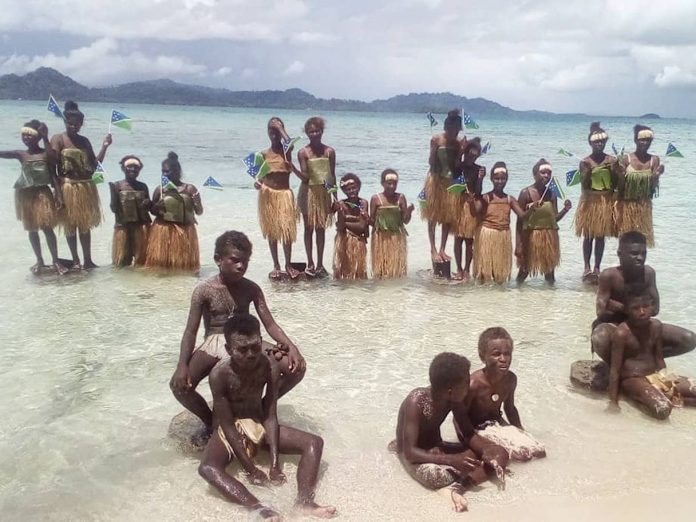 As wildfires take lives and ravage property around the Mediterranean and North America and floods destroy lives and property in other parts of Europe, China and Nepal, Pacific Island countries are bracing themselves for another severe cyclone season. These are no longer simply natural disasters, they are climate change events. This is the new normal and it’s going to get worse.

The Intergovernmental Panel on Climate Change released part of its Sixth Assessment Report earlier this month and their message does not make for cheery reading. According to the report, the Western Pacific sea levels rose faster than anywhere else in the world in recent times and by 2050 are estimated to rise by 10cm – 25cm. For Pacific coastal communities with villages close to the sea this will have a devastating effect. Storm surges are the critical factor. Coastal inundation events are happening far more regularly with the IPCC estimating that one in a 100-year events could happen annually or more frequently by 2100. Coastal villages will have to start looking for new land. Coral atoll nations and communities where there is nowhere to go, they will have to start thinking about land reclamation and raising the level of their islands. This is an extremely costly proposition.

Storm surges not only destroy property, they contaminate groundwater supplies and crops. Fresh water is going to be in short supply. Droughts will become more frequent. It seems that we are moving in to an all or nothing climate. We will face severe storms with heavy rainfall causing flooding and then the climate cycle changes, and we will face more severe droughts.

The IPCC report is describing the effects of basic physics. As we increase the temperature of the atmosphere due to the greenhouse effect, our oceans are warming in tandem. Warmer oceans mean that greater energy is being created in a weather system. This means more severe cyclones and more severe droughts.

Warmer oceans are not just affecting the weather, they are having an impact on our fish stocks. Recent studies suggest that our tuna populations are migrating eastward as the Western Pacific becomes warmer. Far western Pacific nations could see significant declines in their catch. The economic ramifications of this are significant and are likely to exacerbate regional tensions over access to fish stocks by distant water fishing nations.

The IPCC also highlights the issue of ocean acidification. The more carbon dioxide that is emitted into our atmosphere through the burning of fossil fuels, the more carbon dioxide is dissolved in our oceans. This makes the ocean acidic. An acid ocean slowly dissolves coral reefs and shellfish. This means that our first line of defence against storm surges, the coral reefs, will be less resilient. Studies also suggest that ocean acidification affects the development of young tuna and other fish species.

Reactions to the IPCC Report

Global reactions to the IPCC report were quick. The UN Secretary General, Antonio Gutteres tweeted that “the evidence is irrefutable: greenhouse gas emissions are choking our plant and placing billions of people in danger”. Ambassador Aubrey Webson, Chair of Alliance of Small Island States (AOSIS) said that scientists have shared a dire warning that every single tonne of carbon added to the atmosphere will contribute to stronger warming.

Unfortunately, the reaction to the IPCC report by the Pacific’s largest neighbour has been underwhelming. Prime Minister of Australia, Scott Morrison, said at a recent press conference that the world faces a “serious challenge”. Followers of Prime Minister Morrison’s press conferences are used to these ambiguous, non-committal statements. The Morrison government has yet to set a timeframe for a net zero emissions target and a commitment to phase out coal mining. Furthermore, the Morrison government has withdrawn its funding from the Green Climate Fund, the major global climate change fund.

At the recent Pacific Leaders Forum, Leaders agreed to a statement which notes that once maritime zones are established Pacific Island Leaders intend “to maintain these zones without reduction, notwithstanding climate change related sea-level rise”. In effect, this means that once a maritime boundary is established it will not change even if the coastline recedes during to sea level rise. Island may disappear but their maritime boundaries will remain. Interestingly, Pacific Island countries tried similar language at the 2019 Leaders Forum but this was rejected by Australia because they feared it would legitimise Chinese island building efforts in the South China Sea.

What Needs to be Done

Looking at some of the graphs in the IPCC report, it appears that we need to peak global emissions by 2025 if we are going to limit global warming to 1.5 deg C as stated in the Paris Agreement. This is a tall task, but it can be achieved if countries dramatically ramp up their efforts to reduce greenhouse gas emissions.

The need to step up action to reduce emissions was recently highlighted in a report by Greenpeace Australia Pacific entitled “Te Mana o Te Moana”. The report, introduced by the former Prime Minister of Tuvalu,  Enele Sopoaga, highlights the critically insufficient Nationally Determined Contributions presented by the world’s highest polluters. Nevertheless, that report goes on to say that six of the world’s top 15 highest emitting countries have now proposed or submitted stronger emissions reductions targets, including China, the US and the EU: three of the top four emitters. Unfortunately, the report also notes that a further six top emitting nations have submitted targets that either do not increase their ambition or that decrease it in real terms; namely Russia, Indonesia, Brazil, Mexico, South Korea, and Australia. It is clear from the report that much more needs to be done.

Pacific Island Ministers recently met with the President designate Alok Sharma of the next UN climate change conference (COP 26) to be held in Glasgow in November. Due to Covid concerns, this was an online meeting. The Ministers emphasised the need for emissions to peak by 2025 to ensure that Pacific Island countries are protected from the most severe effects of climate change.

Due to the growing concern about the impacts of climate change, the Pacific Ministers emphasised the need for G20 countries to commit to higher mitigation targets at COP 26.

Pacific Ministers highlighted the need to finish the Paris Agreement rulebook. This includes a decision on how to manage the market mechanisms established in the Paris Agreement. This is a tricky issue and negotiations fell apart at the last minute at the COP in Madrid. Brazil insisted that carbon credits generated under the Kyoto Protocol should be carried over into the Paris Agreement. But the Pacific was and continues to be adamant that this would undermine the targets set under Paris. Creating a carbon market that delivers a real reduction of emissions and not just a transfer of responsibility is another key issue. In negotiation speak this is known as “overall mitigation in global emissions”. Essentially countries that trade in the carbon market would need to sacrifice part of the traded units, so that buyers would take a reduced amount. The sacrificed units would be withdrawn from the accounting system. As a consequence, the atmosphere would be better off.

Another key issue mentioned by Pacific Ministers related to setting a common time frame for when countries would submit their emission reduction goals, their NDCs. Pacific Ministers want a 5-year time frame so that, NDCs can be revised regularly to meet the challenge of increasing concern about rising emissions. Other countries, notably Europe and China are resistant to this 5-year timetable and prefer a 10-year period.

Naturally enough, the issue of climate change finance was another key ask of the Pacific Ministers. The costs of addressing the impacts of climate change are growing exponentially. A USD$100 billion by 2020 climate finance promise made by developed countries in 2010 is yet to be met. Recent OECD reports suggest that current pledges are around $60 billion, and this figure includes the rather generous estimation that the OECD uses to define climate finance.

The lack of climate change funding was highlighted in a statement made by the Alliance of Small Island States (AOSIS) at this year’s G20 meeting. AOSIS noted that the International Monetary Fund had stated in 2017 that the unfunded cost of climate change is well over USD$4 trillion. It is clear to see that there is a major shortfall in climate change finance, even if the promised $100 billion had been met. AOSIS went on to state that the value of the coal, oil, and gas industry is not worth the losses we are seeing globally. This does not make economic sense but demonstrates that the politics of the fossil fuel industry seems to be far more important than the rest of the global economy and its people.

Representation at COP 26 is a major concern for the Pacific. The Ministers also discussed this with President designate Sharma. Due to Covid travel restrictions and quarantine requirements it seems highly unlikely that many Pacific Island countries will make to Glasgow and equally uncertain that they will get back. This would be a major imbalance in the process if the Pacific was underrepresented. The most vulnerable need a voice in Glasgow. Pacific Ministers suggested that proxies may need to be found for their representation or remote participation may be required. Remote participation may work when Ministers need to give speeches, but the nitty-gritty of negotiations need to be handled face to face.

At a recent meeting of Pacific Island climate change negotiators organised by AOSIS and the Secretariat of the Pacific Environment Program, participants expressed their concern that they wouldn’t be able to attend the COP. Even if the COP went into a hybrid mode of in-person and on-line participation, the time difference would be an enormous disadvantage for Pacific Island countries. Many negotiations take place in the corridors or over a cup of coffee. Virtual meetings don’t really cater for this informal part of the process.

The Pacific has a long reputation of boxing above its weight in climate change negotiations and Pacific delegations need to be in Glasgow. We also need strong representation from Pacific civil society organisations as they are the voice of the most vulnerable. How this will happen is certainly not clear.

If we are to see a significant change in the increasing warming of the global climate, and take heed of the IPCC report, we need to take decisive action now. The world cannot afford the costs of more wildfires, floods, warming oceans, cyclones and everything else that comes with rising greenhouse gas emissions. Glasgow should be the key point for a dramatic ramping up of effort to reduction greenhouse gas emissions. It should be the pivot for the global community to commit to a rapid phase out of the use of fossil fuels. Unfortunately, without the active participation of the Pacific, the voice of the most vulnerable will not be heard. Key negotiators and civil society organisations will be left at home. The COP may become a Boris Johnson celebration of underachievement.

Dr Ian Fry is the former Ambassador for Climate Change and Environment, Tuvalu. This article originally appeared in the August issue of Islands Business magazine.