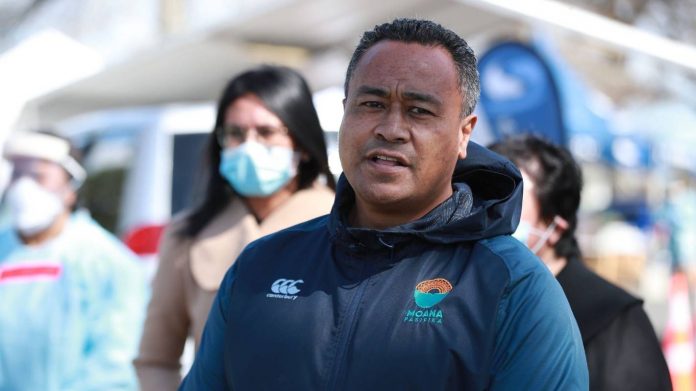 Leaders from the south Auckland church at the centre of the largest sub-cluster in the Auckland Covid-19 outbreak have spoken out about the strain it has put on their community.

The Assembly of God Church of Samoa NZ in Māngere has so far seen more than 100 cases linked to a service there on 15 August.

Close to 500 people were at the event, and it has quickly grown to the largest sub-cluster of the outbreak.

Speaking to media at the opening of a testing centre at the church on Thursday, church leaders said they wanted to show the community was united in its approach.

Church spokesman Jerome Mika said while some people had directed vitriol at the church and members of the Pasifika community, he believed most people were understanding of the situation that had played out at the church.

“In terms of the remarks, you can never control where it comes from,” he said.

“You would hope that Aotearoa is a mature society, where there is only a minority that have that opinion.”

He said they had been concerned about how the first case in Devonport was lauded as a “legend for testing” while “a church community who weren’t aware of the variant were then accused of not co-operating”.

Many members of the congregation spoke English as a second language, so some messaging was not getting out to them, Mika said.

They also faced other roadblocks, with patchy access to phones and internet, but more targeted engagement from Pacific health providers such as South Seas Healthcare was working.

Director General of Health Ashley Bloomfield said at Tuesday’s press conference the church sub-cluster was essentially an “assembly of assemblies” with 27 different churches involved. Some people travelled from Wellington to attend.

So far more than 500 people have been tested and many more than once, Mika said.

The testing centre, which the church set up, was expecting close to a thousand people from the church’s community to come through on Thursday.

Mika said that showed how seriously they were taking it.

But the effect of the backlash against the community and the impact of the outbreak was evident as Rebekah Toleafoa, the wife of the church’s minister, held back tears as she spoke.

“We were there just to worship and get together,” she said. “But my heart goes out to everyone who has got the positive [test] and all our church members for all their support.”

When asked to comment on some of the vitriol directed towards the church and the community, all she had to say was: “God bless you.”

Dr Collin Tukuitonga, the public health lead for the Māngere church sub-cluster, said it was really important that people don’t blame the church for the large number of positive cases linked to it.

Dr Tukuitonga said the church event happened before lockdown, and investigations were still ongoing to find the original link.

Prime Minister Jacinda Ardern said there was a potential link from Crowne Plaza, but the person in question has not returned a positive test, and neither had their family members.

“I would encourage them to get tested, follow the guidelines and not go on social media, stay off Facebook,” Dr Tukuitonga said.

“Some racism and abuse online is visible, but personally we’ve had positive messages from the rest of New Zealand who don’t agree with all that, and wishing us well,” he said.