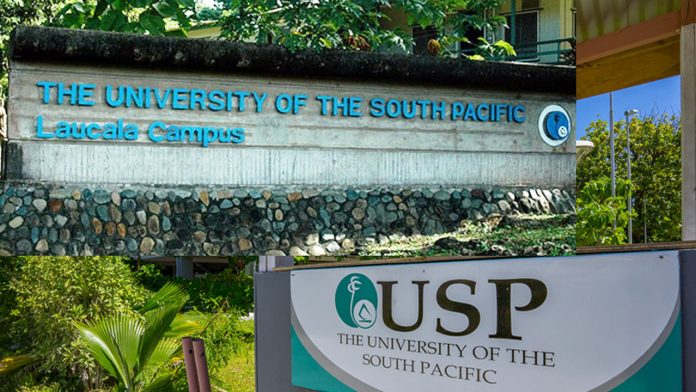 He said this is a backward and divisive step that goes against the interest of students, governments and regional goodwill.

Sayed-Khaiyum claims Professor Ahluwalia’s desperate bid to drum up media attention and frame himself as a victim, has deeply divided the region.

He said in under two years in Ahluwalia’s charge 50 years of achievements have been out into dire jeopardy and Fiji was not alone in opposing the re- appointment.

“It signals a concerning complacency with a record of nepotism, cronyism, poor financial accountability and in some instances outright fraud by the former VC that risks straining the USP’s legacy.”

Sayed-Khaiyum has today told the Parliament that the Fijian government will not make any contribution of grant funding to USP.

He said given the gravity of the allegations of serious mismanagement against Ahluwalia, no funding will be given to USP until such time when a new VC is appointed.

Sayed-Khaiyum said they also want all the alleged breaches against the Professor to be investigated further independently.

“Fiji does not accept Ahluwalia as the Vice-Chancellor and will not provide any funding to USP for as long as he remains the supposed Vice-Chancellor.”

Sayed-Khaiyum said the USP Council’s attention has been drawn several times to the processes set-up in the USP statue on the appointment of the Vice Chancellor which Fiji insists the Council must adhere to.

He said they are also considering Fiji options to recommend to the Fijian Prime Minister to have a Commission of Inquiry into USP.

Meanwhile, ‘Pacific regionalism’ has been under threat as USP has battled internal division, according to outgoing chancellor and President of Nauru, Lionel Aingimea.

In an editorial penned for the Pacific Advocate, Aingimea, who by his own admission served as chancellor during “some of the most trying times that USP has faced in its history”, stressed that the university “stands as a pinnacle of Pacific regionalism given that it is jointly owned by the governments of 12 Pacific Island countries.”

“All member countries of the USP have the right to an equal voice in the decisions and operations of the university,” he said.

USP has endured a tumultuous 12 months with Vice-Chancellor Pal Ahluwalia being targeted by the Fijian Government allegedly because he exposed financial irregularities by the former leadership.

The dispute saw him sacked, reinstated then deported by Fiji. He was recently reappointed again and is now based at the USP Alafua Campus in Samoa.

Throughout the ordeal Aingimea has been a strong supporter of the vice-chancellor and due process, and has stood firm against what many saw as bullying by the Fijian Government and in particular Attorney-General Aiyaz Sayed-Khaiyum.

Despite this, Aingimea wrote in the editorial that he is positive about the university’s future.

“With over 30,000 students in its care, USP represents our collective voice for the Pacific region,” he wrote.

But it came with a warning.

“For more than half a century, the university has educated generations of Pacific scholars. How USP handles its affairs at this critical juncture, will define its future and set a course for the next fifty years.

“The ongoing ‘USP Saga’ has tested our unity as a region. Our integrity, values and respect for equal voice at the table, will determine the standards that can be collectively harnessed for the good of the Pacific going forward.”

He also called on the USP council to act on the independent report commissioned as a result of Professor Ahluwalia’s investigation.

“BDO uncovered underlying issues relating to longstanding matters that require robust action. The BDO report recommended that these issues be swiftly resolved and subsequently the USP Commission was appointed to assist the University to deal with the myriad issues.

“Currently, USP is dealing with the Commission’s recommendations, and it is vital that the outcome resolves the governance issues and enhances the regional nature and character of the institution.”

He called for a “new paradigm, a renewal, a renaissance for our region – indeed it is about developing a new Pacific consciousness for the 21st century,” and said that as Nauru’s president he is, “part of the new generation of Pacific leaders….and deeply aware of our challenges.”

“I am extremely grateful that as chancellor I had the opportunity to transform USP, and to be part of the journey of “Shaping Pacific Futures” ..