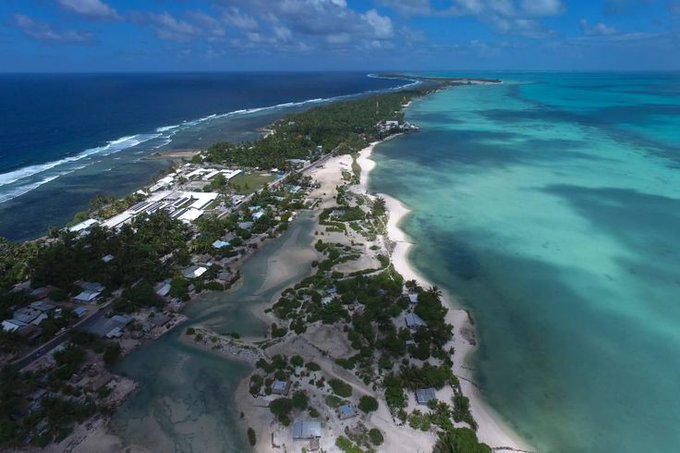 Australia is already considered a “bad neighbour” and will become a “pariah” if the federal government does not move past its long-running climate policy wars and do more to help limit global warming, a senior UN official warns.

The country is feeling the pressure to stop dragging its heels after the United Nations’ latest climate report card revealed earlier this week the planet is poised to be 1.5C warmer by 2030.

The report provides unequivocal proof humans are the cause, with the result being more frequent and ferocious fires, floods, droughts, marine heatwaves, coral bleaching and accelerated sea level rise.

Australia is widely considered to be lagging on the world stage when it comes to ambition to combat climate change, but former president of Ireland and the UN climate envoy, Mary Robinson, says now is the time for Australia to “step up ambitiously”.

“I have to ask myself, has Prime Minister Morrison read the IPCC report?” she said during an interview on ABC’s 730 Report on Wednesday night.

“Australia is out of sync with other western industrialised countries.”

When asked by host Leigh Sales about Prime Minister Scott Morrison’s insistence the world should focus efforts on developing countries “because that is where two-thirds of emissions come from”, Robinson said the emphasis has left other nations heartbroken.

“I am very aware of the heartbreak at the moment in the Pacific Islands,” adding that she had attended a special climate forum with the Pacific nations.

“I heard at that time a kind of anger but now it is quite clear that in the neighbourhood of Australia you are regarded as not being a good neighbour to the Pacific Islands because of the dependency still on fossil fuel.

“The Secretary-General has made it very clear, we have to get out of fossil fuel…and yet Australia has a policy, at federal level” at odds with that.

Robinson said she was aware some Australian states and businesses have committed to being zero carbon.

“But if at the federal level there is not the commitment, then it is very hard to have anything other than a kind of, really a sense that Australia is letting itself down at the moment.”

The former president warned that if Australia does not move away from fossil fuel then it will become “a pariah”.

She said that because of the country’s dependence on fossil fuels and the high number of people the industry employs, Australia will have to create a significant transition fund that would help workers move into other jobs.

“The latest IPCC climate report shows that this goal is now quickly slipping beyond our grasp. COP26 must be the moment where countries ensure this goal remains within reach,” she said.

In a response to the UN’s report, Morrison said if “world history teaches one thing – technology changes everything.”

He also said he did not want to burden regional areas and the agricultural sector with the cost of climate action, while acknowledging those same people were most affected by the consequences of climate change.

“We need to address those anxieties and assure people in regional parts of the country that the plan we have to achieve these outcomes … is a plan that they can support,” Morrison said.

With other nations expected to lift their ambition on emissions cuts, Morrison faces pressure to bring additional climate commitments to the table at UN talks scheduled for November in Glasgow.

“We will make that very clear about what Australia is achieving and what we intend to achieve. And we’ll make further statements about that between now and that (Glasgow) summit,” he said.

The prime minister reiterated commitments to investing in low-emissions technologies and pointed out Australia was set to achieve a 29 per cent reduction in emissions on 2005 levels by 2030.

This was compared with a cut of between 26 and 28 per cent under Australia’s Paris Agreement commitment.

The government is standing by its current position of wanting to achieve net zero emissions as quickly as possible and preferably by mid-century.

Meanwhile, Australia’s land areas have warmed 1.4C since 1910 and disasters such as the 2019-20 Black Summer are set to become even more familiar as climate change speeds up.