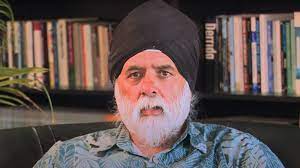 The University of the South Pacific (USP) has formally announced the re-appointment of Professor Pal Ahluwalia as its Vice-Chancellor and President.

He has a PhD in Politics from Flinders University and a Master and Bachelor of Arts from the
University of Saskatchewan in Canada.

The University is delighted that Professor Ahluwalia has agreed to commit for another term and looks forward to working with him as he takes up office.