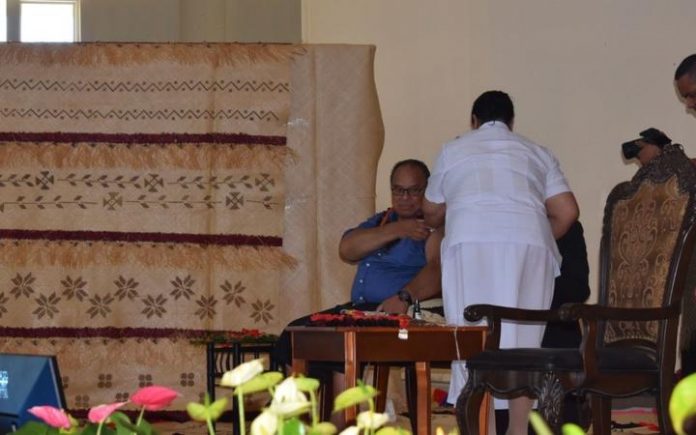 Tonga is set to introduce compulsory inoculation against COVID-19.

A Bill to amend the Public Health Act to enforce inoculation of the Public against COVID-19, was among seven Bills that government tabled in parliament Tuesday.

A new Emergency Powers Clause 181A of the Public Health Act, states that it will be a crime for anybody to refuse to be vaccinated against the virus.

Parents will also be held responsible if their children refuse to be inoculated.

After the first reading of the amendment Bill in Legislature it was carried with 17-0 votes.

This Bill will be submitted to the Standing Committee on Social Services for deliberation, before it is resubmitted to parliament for its final reading.

The full details of the amendment bill have not been released to the public as the full text was not read out, and it was not immediately clear if exemptions would be made for pregnant women, children and people with medical conditions, allergies or frailities and others.