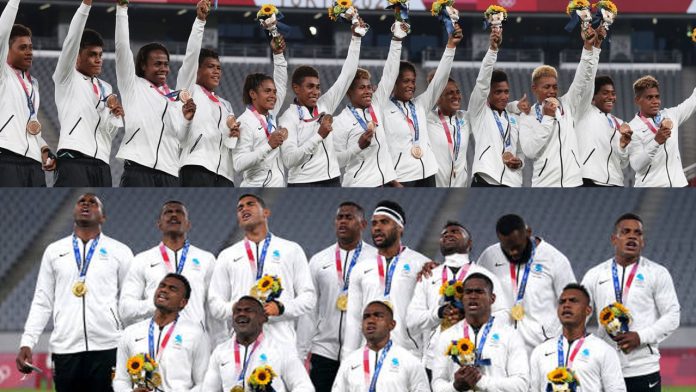 The Fijian government will purchase a piece of land and help build a house for Fiji 7s captain Jerry Tuwai.

This has been confirmed by Prime Minister Voreqe Bainimarama.

Tuwai will be recognised for his achievements as he is the only player to have won two Olympic gold medals, won the Hong Kong 7s titles for five years in a row and also the World Rugby 7s Player of the Decade.

Bainimarama has confirmed this is only part of a $1million (US$500,000) package for the entire 7s and Fijiana teams.

The Prime Minister saId government has purchased a residential lot at the Tacirua East subdivision for Tuwai and $33,000(US$16,500) for the construction of a home.

Bainimarama said it’s the least Fiji can do for the greatest 7s player to ever touch a rugby ball.

“Our champions deserve everything we can afford to offer, today I’m announcing a $1m package to give back to the Olympic heroes who have given us so much and to reward them for all their sacrifices and hard work.”

PM Bainimarama said Fiji 7s players and coaching staff will also be getting $33,000 each.

“By the time the Olympic torch was lit in Tokyo it was any nation’s goal for the taking, but our boys didn’t blink in the face of all that uncertainty they united in pursuit of their common goal, of Fiji’s common goal and they overcame the best the world could throw at them.”

The Fiji 7s side is in quarantine in Nadi and will reunite with their families next Thursday after five months.

Bach says Brisbane 2032 will be Olympics “for the whole Pacific...