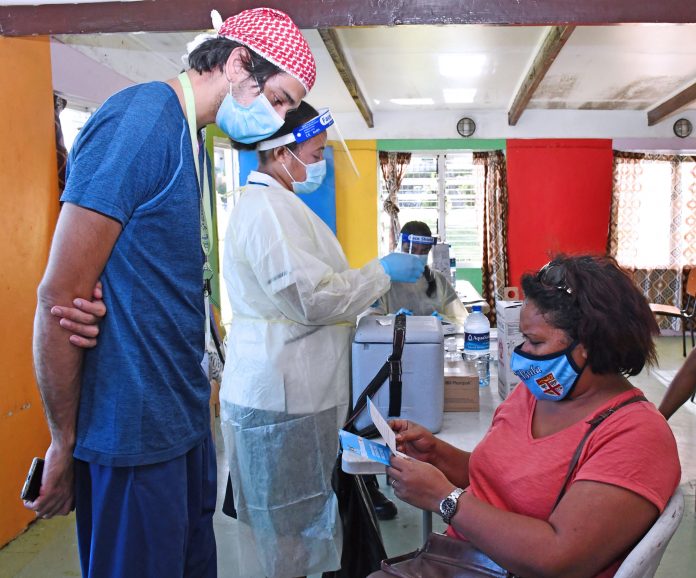 A new vaccine may be needed if the Delta variant of Covid-19, which is currently in Fiji, continues to mutate, health experts say.

The government said more than 22,000 people with Covid are in isolation and the death toll has reached 270 since the outbreak in April, and climbing.

The victims included an 11-month-old baby, pregnant mothers, a 15-year-old teenager and a 102-year-old woman.

The government maintains there is no need to impose a complete shutdown of the country.

According to the Health Ministry, the average deaths per day is eight, while the daily average infection is 1039 cases or 1174 per million population.

The U.S Centres for Disease Control and Prevention has placed Fiji on level 4 of its Covid-alert due to the growing number of cases in the Pacific nation.

Professor Fiona Russell from the University of Melbourne said reports that more people are dying from the virus in Fiji should be a concern.

She said the mutation of the Delta strain could happen.

“That is a characteristic of all viruses, not just the coronavirus and there are other mutations that have already occurred. At the moment what we’ve found is that the variants have become more transmissible. We have to keep an eye on that and there’s ongoing studies to monitor it. And it may be that in the future, people in Fiji may need a booster.”

Professor Russell also said Fiji’s health facilities could easily get overwhelmed if people do not take heed of Covid-safe protocols.

She warned the country was very early on in the outbreak and should take heed of what had happened in countries such as India.

“If Covid-19 takes off in Fiji, then the hospitals may get full and that is if you get sick with anything at all, let alone Covid, then the doctors and nurses may not be able to treat you properly because they’re just so busy treating all the other Covid patients.

“We certainly in Australia were worried about that and so we made plans for that in case that was to occur.”

She praised Fiji’s efforts in trying to contain the disease.

Russell said the seriousness of Covid-19 was evident in how quickly it had spread during the second wave in the country.

He said Fiji was going backwards in its fight against the pandemic.

Despite the Fijian prime minister Voreqe Bainimarama’s refusal to enforce a national lockdown, Baker said it was not too late for the government to change its strategy.

“The situation in Fiji is very worrying. They’ve really lost control of this epidemic at this point given the record number of infections that are of a very widespread nature.

“It depends what their overall strategy is. If they want to return to elimination position, I think they need to act very decisively now and that actually offers a much better route back to economic recovery than trying to suppress the virus and live with it which hasn’t really worked very well in the past.”

Fijian epidemiologist doctor Donald Wilson said the country is overwhelmed by the pandemic.

He warned the current trend of infections could force officials to make “unethical medical decisions”.

“The worry is that when the health system becomes overwhelmed, when it cannot any longer peak in lots of patients who have severe disease, then unfortunately like what has been happening in other countries where doctors have to do the unethical thing of needing to choose who to put on ventilators and who not to.”

Close to half a million Fijians or 84.4 percent of the target population have received their first dose of the AstraZeneca vaccine, while just over 158,000 or 27 percent have got both jabs.

The head of Fiji’s vaccination taskforce, Dr Rachel Devi, said the only good news is the Moderna vaccine, now in the country, is also effective against the Delta variant, the UK variant and the Wuhan strain of the virus.

“We have important strategies in terms of how or when and where we roll this out across the country. This would definitely boost it up especially right now we weren’t vaccinating our pregnant women with the AstraZeneca unless these individuals consented. But I know there’s quite a lot of build-up in that area now. There’s a lot on safety reasons as well.”

Meanwhile, an Australia-based Fijian academic warns Fiji is suffering its worst medical, social and economic crisis since the measles epidemic of 1875 which led to the deaths of a third of the country’s population.

Professor Wadan Narsey said this could have been avoided had the government listened to the best medical advice – not just in Fiji, but also from its major partners New Zealand and Australia.

He said Fiji’s tragedy stems from its heath system being unable to cope with the crisis and has seen deaths soar to over 270, and climbing.