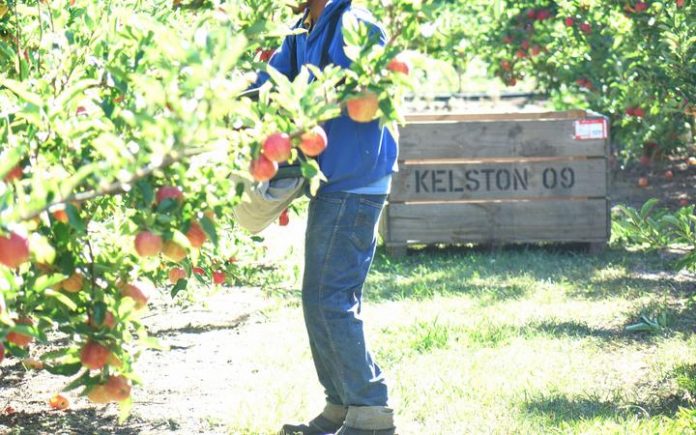 -New rules allowing seasonal workers to enter New Zealand without going through managed isolation have been welcomed in Samoa, Tonga and Vanuatu.

The relaxed restrictions for workers from the three countries in the Recognised Seasonal Employer (RSE) scheme are expected to be a boon for the tourism-reliant countries, which have had no visitors for the past 17 months.

But the RSE scheme includes workers from nine Pacific countries, and Solomon Islands are now asking why their RSE workers weren’t allowed the same relaxed quarantine rules as Samoa, Tonga and Vanuatu.

The chair of a seasonal work programme in Samoa said the New Zealand RSE scheme was well run and well respected in Samoa, and it was “great news” the two-week quarantine requirement had been dropped for their workers.

Tuatagaloa Joe Annandale said the scheme was in heavy demand, given the impact of Covid-19 on the country’s tourism sector, and Samoa was ready to go.

“The government has a work- ready pool of about 3000 to 4000 people. Six thousand people graduate every year, from schools here and they need jobs.

“With Covid and everything else that’s been happening, there are just not the opportunities for them to work and right now, seasonal work is a great option.”

Tuatagaloa said while Australia offered great pay and more jobs, remoteness and isolation were problems, and there was a quarantine requirement.

New Zealand has yet to announce how many workers could come from each country. The previous allocation was for 14,400 workers in total, though employers have called for more.

Tonga head of Internal Affairs Fotu Fisi’iahi also said his people were ready to go, but first there were 550 Tongan RSE workers still to be repatriated.

“The news is good … the issue here is that we have to bring back our RSE workers who are currently in New Zealand to the satisfaction of the New Zealand government before we start re-joining the scheme.”

Those entering New Zealand on the RSE scheme still have to follow the quarantine rules for their own country when they return home.

Dr Fisi’iahi said this was the biggest challenge for Tonga because it could only handle 250 people at a time. And it would take three months to bring the seasonal workers home.

“There’s a monthly turnaround: three weeks quarantine, one week for cleaning up and resting of the frontliners. Many people, especially on social media, they don’t understand the challenges.”

Meanwhile in Solomon Islands, the leader of the opposition Matthew Wale said he did not understand why his country was not included.

“I wondered what criteria was used in selecting the countries that New Zealand has extended that privilege to, and whether it is any different for Solomon Islands.”

Wale said his country also had no community transmission of Covid-19 and their border security had been tightened to no- exemption entry, including the once porous border with neighbouring Bougainville.

He said 70 percent of the population was under 30 years old, and many were unemployed now because tourism, fishing and agriculture had all declined.

“Have mercy, please include us. We are absolutely desperate and the New Zealand RSE programme is a life saver for the Solomon Islands.

“I would ask that the Solomon Islands is included in the first cohort of countries. We’re no different from Vanuatu and Tonga.”

However, a Samoan community spokesperson Tupa’imatuna FotuoSamoa Jackson was worried Pacific workers were being exploited in the pandemic environment where they had few options and New Zealand was holding all the cards.

“It’s like the best of the worst options. It’s like we are prepared to settle for this mediocre solution because of the desperation for work, and we just have to accept it in a way. But it doesn’t take away the fact that it’s a power imbalance and Pacific people have to do this to make ends meet.”

Tupa’imatuna said it was worth noting that the quarantine-free scheme was announced a day after the apology for the Dawn Raids of the 1970s where Pacific workers were deported because they were no longer economically useful.