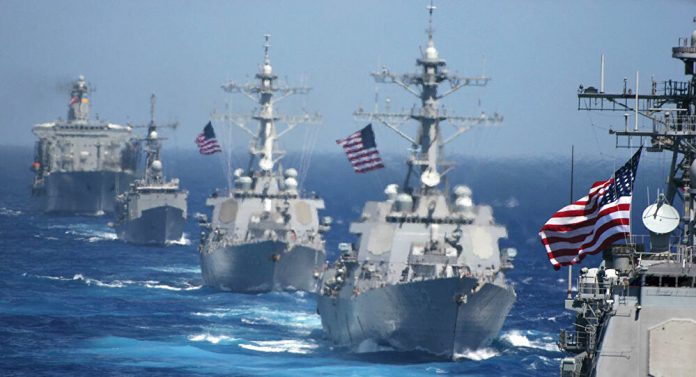 A top Democrat and vice chairwoman of the United States House armed services committee wants greater inclusion of Australia in a Pacific naval strategy, suggesting any conflict with China could easily happen away from the main confrontation point of Taiwan, in waters where the Communist regime wants to create choke points.

Congresswoman and former navy commander Elaine Luria, the first female American sailor to spend her entire career on combat ships, has openly criticised the Biden administration and Congress on issues such as the level of defence funding and the lack of communication with key defence officials

“Everybody’s focused on China’s going to invade Taiwan, which, of course, is kind of the major thing … but this could start in all kinds of places and for all kinds of reasons.

“It could be fishing claims, all kinds of disputed maritime claims with different variety of different nations in different geographic areas, where they’re both laying claim to some different features or islands. It could happen over just commercial maritime vessels in different areas.

“A lot of people around the world, they don’t look a lot at maritime choke points. China wants to essentially create their own choke points.

“They want to make the entire South China Sea, a series of choke points that they control by building up these features, which we don’t recognise.”

These features include islands, disputed maritime claims, and activity that would prevent and disrupt the passage of merchant traffic.

In what is the 70th anniversary year of the ANZUS treaty, Luria said that with all these threats the United States needed to lift its presence in the region and bring in allies.

“If you’re going to have a deterrent presence, it needs to be credible, [the Chinese] need to know that you are going to be there. A deterrent that leaves, like we have today is problematic.

“The Chinese have a real doubt in their mind all the time, as to what we could do, and where. Our presence of being there is almost like closing the door to prevent other people from coming in.”

She suggested a ramp up in naval diplomacy and more “deliberate” use of, allies such as Australia, to ensure a more credible presence in the Pacific.

“Maybe there’s not enough co-ordination between the State Department and the Navy, as far as the idea of naval diplomacy, but we all know that when a ship goes and does a port visit somewhere, you host a reception, you bring local leaders on board, you show some influence.

“These things may seem superficial to the outside observer, but that sort of diplomatic influence, and presence is very important.

“I applaud this administration for the fact that it is trying to lean in on allies and partners. The fact that the British are deploying their carrier to the Western Pacific is wonderful.”

“There’s obviously the Quad countries as well, from India, Australia, Japan, We need to be present and operating with those allies. But I think it could be more deliberate,” she said.

Luria said she was concerned that the lines of communication between the White House and key Pacific defence personnel had not been established.

Admiral John Aquilino, Commander of the United States Indo-Pacific Command, she said, had still not directly briefed the President.

“You would think as the combatant commander in the theatre where we’re focusing the most, and with the President in over a budget of US$700 billion to spend to defend our country against the threat in the Pacific, the Indo Pacific commander would have briefed the President.

“There is also no confirmed Navy Secretary still over 200 days into the administration,” Luria said.

She said the U.S Navy needed to be more proactive and said; “There is a real problem in the Pacific, we need more resources, we need more focus here. This is what we actually need.”.