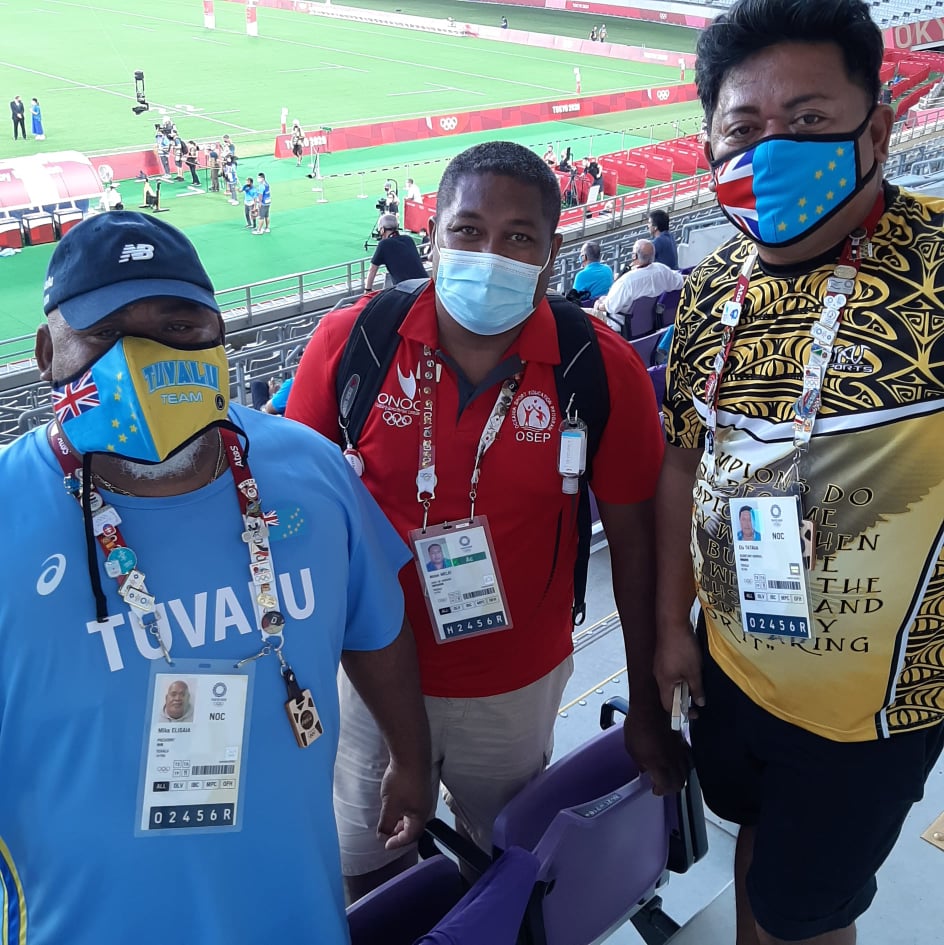 Fiji’s historical second gold medal win at the Tokyo 2020 Olympics Wednesday evening should be a cause for celebration not only for Fijians but the whole Pacific.

That’s the view of Tuvalu Secretary General for National Olympic Committee, Elu Tataua who thinks that Tuvalu should ask Fiji for help in developing the sport in the island nation of just over 11,00 population.

Tataua said the Tuvalu delegation was at Tokyo Stadium to watch the finals of the sevens rugby competition and show solidarity to Fiji.

“We see this win and not only a win for Fiji but a win for the Pacific. Fijians will be celebrating today but as Pacific Islanders we also very proud for our Pacific family.

“I think the Fiji boys have put sevens rugby up there in the world and their win today could bring more funding to the Pacific to help support small countries like Tuvalu where rugby is a growing sport.

Tataua said rugby was still growing and we hope one day we will be able to compete at the international stage like the Olympics.

Rugby is becoming a popular sport in Tuvalu. We have national championships and we are trying out best to qualify first for the regional games before coming to an event like this where Fiji can represent the Pacific.