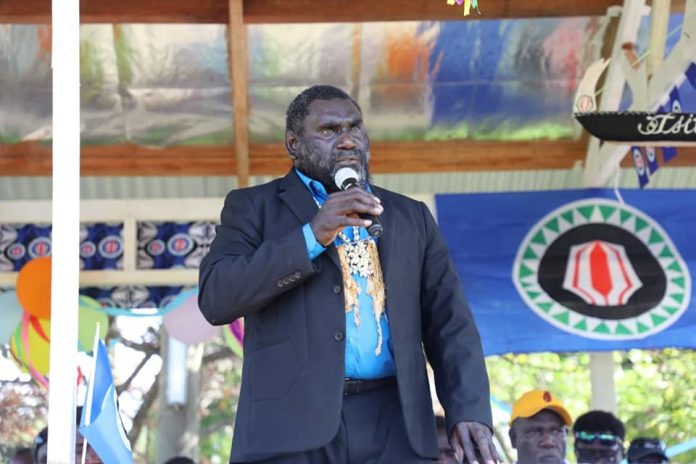 The people of Bougainville must be ready to embrace the sweeping political changes the Autonomous Bougainville Government has undertaken as it prepares for political independence.

President Ishmael Toroama made this statement during the launching of the Bougainville Independence Ready Mission Implementation initiative in the Tsitalato Constituency.

“Change is imminent on Bougainville. The government has set a course for reform and change in our system of government and society and this will have a direct impact on our people,” President Toroama said.

“This change is the change desired by our people when they rejected autonomy and opted for independence during the Referendum in 2019 so you must be ready to support your government,” President Toroama said.

“I want to remind Bougainvilleans that the fight for independence is not over. We have simply traded one battlefield for another when we signed the Bougainville Peace Agreement,” President Toroama said.

“This battle is one where we do not need weapons but it is a fight where we use our intellect and our ability to unite and progress development on Bougainville to prove that we are ready to be independent,” President Toroama added.

Progress on Bougainville’s independence aspirations will require the support of the people through their participation in development and adopting social responsibility standards.

“Our position has also given way to the timeline (not earlier than 2025 and no later than 2027) for our final political settlement. All of these things culminate in our desire and our right to be independent,” President Toroama said.

“I must remind our people once again that this journey to independence is an all-inclusive activity that requires every Bougainvillean to support the government to meet the felt needs and aspirations of the 97.7% vote for independence,” President Toroama said.

Meanwhile, the timeline for Bougainville’s independence has given momentum to the region’s independence preparations for political sovereignty through the constituency independence readiness initiative.

This follows the Autonomous Bougainville Government presenting Independence as its position during the first Joint Consultations with the National Government in May this year.

The timeline was agreed to by the two governments during the second consultations in Enga Province earlier this month.

This outlined 2025 – 2027 as the agreed upon timeline for a final political settlement for Bougainville.

So far the ABG has neared the completion of all its Independence Readiness Mission Implementation for the thirty three constituencies on Bougainville.

The regional launches for the Women’s and Ex-combatant’s seats for North Bougainville will be the two final seats to be launched to complete the programme throughout Bougainville.

The launches signify each constituency’s commitment to mobilising its resources to improve its socio-economic development faculties as Bougainville prepares for independence.

No promise made to Bougainville: PM Marape