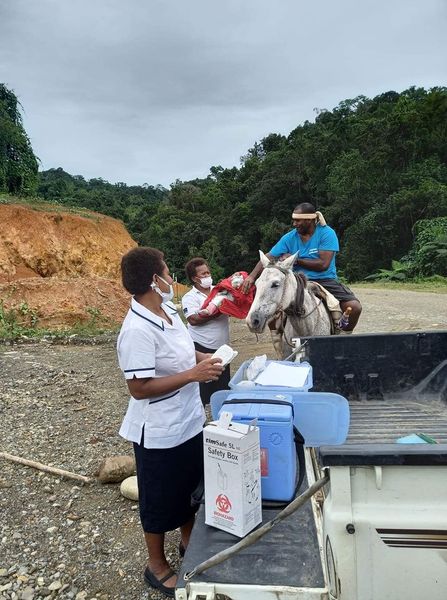 Fiji dismissed calls for a hard lockdown Friday as Covid-19 cases reached record levels in the Pacific island nation, insisting a “no jab, no job” vaccination push would contain the virus.

The troubled tropical paradise has been devastated by a runaway outbreak of the Delta variant which began in April, ending a year without local transmission and quashing hopes the vital tourism sector could reopen.

Latest official figures revealed there were 1,405 new cases in the 24 hours to Friday, giving the country of 930,000 one of the world’s highest per capita infection rates.

Opposition leaders and welfare groups have called for strict stay-at-home orders but the government has resisted, arguing the economic cost would be too high.

Instead, it has introduced a hardline vaccination drive dubbed “no jabs, no job”, which makes inoculations compulsory for all workers.

Economy Minister Aiyaz Sayed-Khaiyum defended the strategy Friday, saying it was the only way out of the “darkness and difficulty” engulfing Fiji.

“We are not dispensing band-aid solutions or depending on drastic and damaging measures that will cause structural unemployment and widespread poverty,” he told parliament while delivering the annual budget.

Rather than lockdowns, Sayed-Khaiyum said the government’s vision was to inoculate 80 percent of adult Fijians by the end of October.

He said the government was determined to hit its targets, even though there is widespread scepticism towards vaccines in Fiji fuelled by online misinformation.

“Without vaccines we cannot mount an economic recovery — no jabs, no opportunities,” he said.

“No reopening of stadiums, restaurants or borders. No jabs, no tourism, no national airline, no chance to see our friends and families abroad.”

Under the policy, public servants must go on leave if they have not had their first injection by 15 August and will be dismissed if they do not receive their second by 01 November.

Private sector employees must have their first jab by August 1, with individuals facing hefty fines if they fail to comply and companies threatened with being shut down.

The policy has drawn criticism from rights advocates, including the Fiji Law Society, which said it supported vaccination but felt such compulsion was heavy handed.

“Health is important, but so are people’s legal rights. Those legal rights ensure we remain a free and democratic society,” the legal group’s president Wylie Clark said.

US$300 million yacht of sanctioned Russian Oligarch seized by Fiji at...