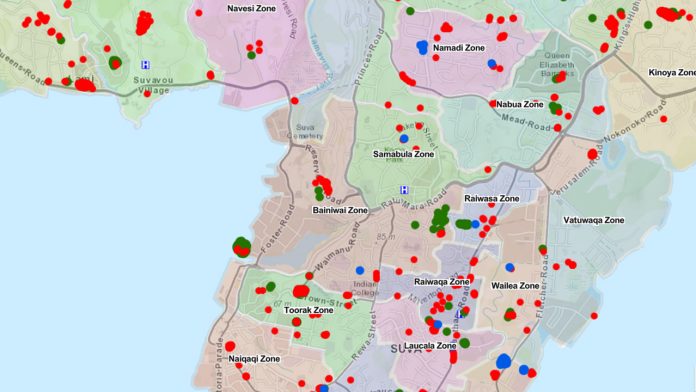 Fiji’s two largest hospitals have been converted into dedicated Covid-19 facilities, with cases doubling every nine days since a second wave began in April.

The situation has been a “serious wake-up call” showing the need for more urgency across the region, Red Cross Pacific chief Katie Greenwood said.

“In the Pacific, it’s a critical time to ramp up vaccinations… we can’t let our guards down,” she said.

Only about one percent of Fiji’s 930,000 population has been fully vaccinated and government health chief Dr James Fong said community unease about inoculations was putting a strain on hospitals.

“If people keep rejecting vaccination and Covid-safe measures, that group will start to take up a lot of our health resources because the sick will come from them,” he said.

“That means we have less and less (resources) for non-Covid patients.”

Fiji kept community transmission at bay for more than a year by closing its borders but is currently struggling to contain an outbreak of the highly contagious Delta variant, first identified in India.

Field hospitals have been set up to treat non-virus patients as Covid cases hit 2,549 on Wednesday, with the daily infection tally at 279.

There have also been seven deaths during the latest outbreak, in addition to two recorded last year.

Dr Fong said experts from Australia and New Zealand were drawing up plans to help the overworked healthcare system handle an outbreak that shows no sign of slowing.

“We’re in the escalating phase, we’re in the steeply rising part of the phase over here,” he told broadcaster Legend FM

“Given the current situation and the way it is escalating, we will outstrip our reserves.”

But Dr Fong defended the government’s policy of attempting to contain the virus through localised stay-at-home orders, rather than a national lockdown, arguing the major problem was people failing to follow social distancing rules.

“People are frightened… (but) it’s a little bit frustrating when you see that the fear only induces anger and some people lash out with negative comments,” he said.

Tonga aims to vaccinate 70 percent of population by the end...