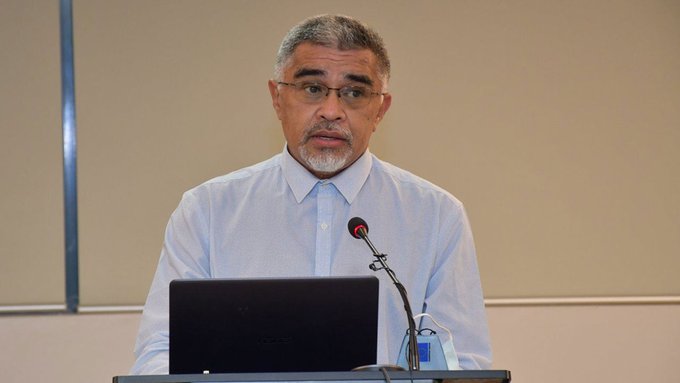 The ministry has also reported four deaths attributed to the virus.

He said of those cases, 46 are from existing containment zones or quarantine facilities in Nadi.

That includes 22 from Nawajikuma, 8 are from Tramline, and 16 are close contacts in quarantine facilities.

A total of 75 confirmed cases have been confirmed in Qauia Settlement in Lami.

He said the remaining 233 cases are from the Lami-Nausori Containment Zone, and 196 cases of which are from existing areas of concern.

“That means they are either from known clusters or they have a potential link to an existing case,” Dr Fong said.

“All 279 of these new patients are currently in isolation at home or in a facility.”

Of the 279 new cases announced, two cases of unknown origin were detected in Lautoka.

Dr Fong said they had not linked those cases – a mother and her daughter – to any known clusters.

“Both patients have been securely moved into an isolation facility in Nadi,” Dr Fong said.

“Thanks to our contact tracing investigations through the careFIJI app, which both patients used regularly, we have identified 47 contacts,” he added.

He said no areas in Lautoka had been entered under containment protocol as of now.

For the four deaths, Dr Fong said the first two deaths were announced Tuesday as being under investigation to determine if they were caused by COVID-19.

He said the first was a 57-year-old male who was admitted to the CWM Hospital for a pre-existing non-COVID medical condition, and he tested positive during his admission.

“The second was a 66-year-old female who was declared dead on arrival to the emergency department at CWM Hospital. In accordance with protocol, she was swabbed, and tested positive for COVID-19. Their doctors have now confirmed that COVID-19 caused the deaths of both these individuals,” Dr Fong said.

The third death, he said was a 62-year-old male from Nausori who was referred to the CWM Hospital Tuesday from Nausori Health Centre in severe respiratory distress.

“He had obvious signs and symptoms of severe COVID-19 and he tested positive later in the day.

“Despite the efforts of the medical team at CWM Hospital, he died late Tuesday afternoon.

“The fourth death is a 77-year-old female who had been admitted at CWM Hospital for a pre-existing non-COVID medical condition.

“She tested positive during her admission and died today(Wednesday). Her doctors have confirmed that she died due to COVID-19.”

Dr Fong said there were nine other patients admitted at CWM Hospital with severe cases of COVID-19, and one of those patients is a 30-year-old with no pre-existing illness.

“That tells us two things: One, this virus is a killer that no Fijian can afford to treat lightly. And two, we must fully-vaccinate all of our adult population as quickly as possible. That means two doses for every eligible Fijian. So, if you have already received one dose, please come forward for dose number two. If you have not had the chance to be vaccinated, we will make that opportunity available to you soon,” said Dr Fong.

Meanwhile, the Ministry of Health fears the next progression of the COVID-19 outbreak will see more people dying and more severe cases needing hospitalisation.

Head of Health Protection Dr Alisha Sahukhan said this could be the pre-cursor to the worst effects of the pandemic.

“We’ve just started to see what we think is the beginning of that wave right now. We reported four new deaths from COVID-19 and we have nine patients currently admitted at the CWM hospital with severe COVID-19 disease including a previously healthy 30-year-old.”

Dr Sahukhan said if the worst-case scenario comes to pass, public health facilities may not be able to cope.

“Our concern has always been the impact of this wave on all of us but also on our medical facilities. Our hospitals right now are not overwhelmed but if that wave comes our hospital will be full of people with severe COVID-19 disease.”

She also said this will deprive Fijians of receiving treatment for other non-COVID ailments and medical emergencies.

Dr Sahukhan said this can be avoided if Fijians vaccinate without delay.