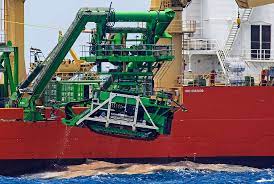 Last week’s launch of a film documentary, Setting the Boundaries – Voices from the Last Frontier is part of a regional series focusing on calls for a halt to deep sea mining.

Reporting concerns from Fiji over deep sea mining (DSM) explorations, shared widely across the Pacific, Voices from the Last Frontier calls for a complete halt to DSM in the Pacific.

Highlighting the need by authorities to incorporate sufficient and stringent environmental protections, the documentary emphasises “free, prior, and informed consent” (FPIC) as the norm for Pacific peoples to ensure safeguarding the Pacific for today’s needs and future generations.

Backed by PANG, the Pacific Network on Globalisation, the doco was released as part of it’s June programme focusing on oceans.

Bua Urban Youth leader Alisi Rabukawaqa-Nacewa said there was little public understanding around the process of deep sea mining and its potential environmental impacts, underlining the need for FPIC process.

“If we don’t understand the connectivity with our inshore, with the land and everything else, how can we confidently say it’s not going to affect anything?”

Vani Catanasiga from Fiji Council of Social Services (FCOSS) spoke out about the deep sea mining agenda being set by foreign interests operating without community input or approval.

They and other regional leaders are featured in this week’s launch of the documentary, following recent news about a private company, the Korean Institute of Ocean Science and Technology (KIOST) Minerals (South Pacific) Limited.

Speaking on behalf of the Pacific Blue Line campaign, Joey Tau from the Pacific Network on Globalisation (PANG), said “the documentary shows the range of voices calling for an end to this industry yet Pacific sponsoring states and mining companies are still charging ahead with developments”.

The petition has been sponsored by PANG, PCC, PIANGO, TuCAN, WWF Pacific, and DAWN with the endorsements of over 390 NGOs internationally.