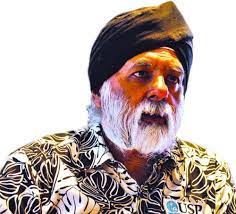 The University of the South Pacific (USP) Council has agreed that allegations levelled against Pro-Chancellor Winston Thompson and the Chair of the Audit and Risk Committee, Mahmood Khan, be referred to an Ethics Committee.

The Council convened again this week, has released a statement noting that the Committee members from Cook Islands, Marshall Islands, Samoa, Tokelau and Tuvalu have been asked to provide their recommendations when Council meets again June 24-25.

Thompson and Khan are alleged to have worked against the interests of the Council and university.

As reported last week, the Council has also confirmed that Professor Pal Ahluwalia will be offered a new contract as Vice-Chancellor and President of the USP based in Samoa, for an initial three-year term, with an option for Council to extend it for a further two years.

The statement notes that: “the operation of the VCP’s new work arrangement including location outside of the Laucala Campus, be monitored for feasibility and practicality, and formally reviewed no later than 6 months from the arrival of the VCP at his primary USP location, by an Independent Body.”

The body will look at: good governance processes; the implications for administration, logistics, costs and benefits; and risks and controls for key financial, operational, stakeholder and environmental matters.

Council has also determined that if a USP office holder loses his or her work permit, the Council shall determine whether or not his employment can be continued from another location.

This decision was a response to Professor Ahluwalia’s deportation from Fiji earlier this year. He and his partner, Sandra Price, were taken from their Suva house in the middle of the night, driven to Nadi, and flown to Australia the next morning. They have since been staying in Nauru.