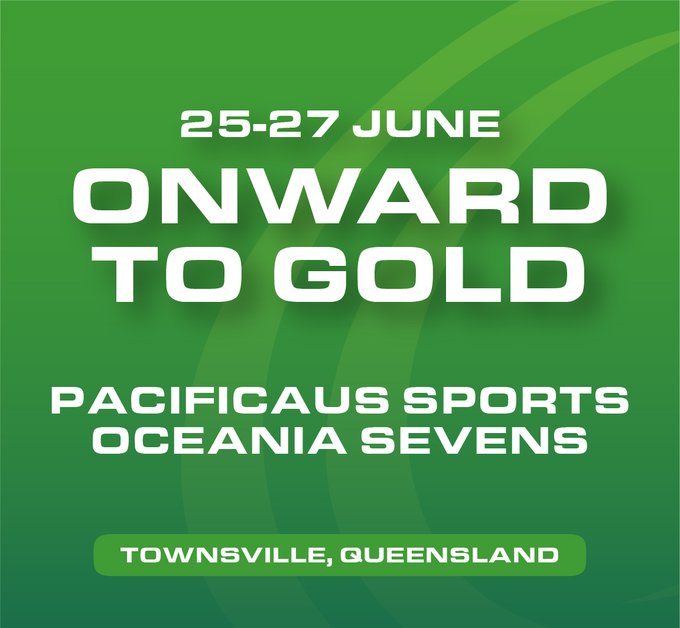 Townsville will host the newly developed PacificAus Sports Oceania Sevens on 25-27 June, boosting team preparations ahead of the Tokyo Olympics.

The event brings world-class rugby sevens to fans in North Queensland in June and is the initiative of Oceania Rugby, proudly supported by the Australian Government’s PacificAus Sports program, the Queensland Government and Townsville City Council.

A unique new tournament under the Oceania Rugby Sevens brand the 2021 PacificAus Sports Oceania Sevens provides much needed high-performance preparation for the regions pre-qualified rugby teams ahead of the Tokyo Olympics Games.

The PacificAus Sports Oceania Sevens will be held at Queensland Country Bank stadium on 25-27 June 2021 ahead of the Tokyo Olympics in July.

“This event is expected to generate more than 10,000 visitor nights in Townsville and an estimated $2.3 million boost to the local economy.”

Minister for Resources and Member for Townsville Scott Stewart said locals would welcome the teams and fans with open arms.

“Townsville locals are excited to see their new stadium light up with great events like this and Australia, New Zealand and Fiji’s rugby greats – and their thousands of fans – will be welcomed to the city next month,” Stewart said.

“Events have always been a major part of Townsville’s visitor economy and the boost they bring to local hotels, restaurants, retail and tourism operators is very important.”

Member for Mundingburra Les Walker said this is yet another fantastic event for Queensland Country Bank Stadium.

“The Palaszczuk Government has always said bringing more content to the stadium was its goal and that’s what we’re delivering with the PacificAus Sports Oceania Sevens,” he said.

“This three-day event will bring people from throughout Australia, which will be good news for our city’s businesses as we deliver Queensland’s plan for economic recovery.”

Member for Thuringowa Aaron Harper said the Palaszczuk Government invested in events like this because they support local jobs and our economic recovery.

“Not only will the Rugby 7s match bring a much needed economic boost to the city, it will be fantastic for so many young sports stars of the future,” he said.

“The Australian Women’s Rugby 7s team is one of the best in the world and having them play in Townsville will inspire a future generation of players in Townsville.”

Townsville Mayor Jenny Hill said hosting the tournament in Townsville is a major win for the region and places North Queensland on the world stage.

“Hosting the Oceania Rugby Sevens event in Townsville is a major coup for the city and North Queensland and is exactly the type of event that we want to keep attracting,” Hill said.

“Events like these provide a major boost to our local economy through the tourism and hospitality sectors, with rugby fans sure to travel to Townsville to view the world’s best teams in action.

“I’m looking forward to seeing our community and rugby fans supporting the event and getting a taste of elite sporting in our own backyard.”

Queensland Country Bank Stadium Venue Manager Tom Kimball said it was a chance for local fans to see the world’s best in their own backyard.

“Fierce rivalries like these make for a fantastic atmosphere, as we’ve found in our recent trans-Tasman rugby union and rugby league matches, and it’s great to have another event to entice passionate fans to North Queensland,” he said.

Hosting Fiji’s world-renowned men and women’s sevens teams is a major drawcard for the Challenge, thanks to funding from PacificAus Sports, which aims to build sustainable, elite sport pathways between Australia and the Pacific

The Australian Government is proudly supporting the travel costs for Fiji’s national women and men’s sevens teams to compete in the tournament, through the Pacific Step-Up programme, PacificAus Sports. The $52milllion (US$40.2 million) programme aims to build sustainable, elite sport pathways between Australia and the Pacific, with a major focus on women and girls.

“We are delighted to be supporting Fiji’s travel to Australia to compete in this important event which will be critical for Fiji’s preparations for the Tokyo Olympics.

“This goes to the heart of the Fiji-Australia Vuvale Partnership – bringing our top teams together to succeed and thrive.”

“Oceania Rugby, and our participating teams, are extremely thankful for the combined support of the Australian Government, Queensland Government and Townsville City Council, in enabling this tournament to go ahead.

The impact of COVID-19 continues to be felt in all sports across the Oceania region and without this targeted support, we would not have been able to provide this much needed international competition for arguably the best Sevens teams the world has to offer”, said Sapias.

This will be the first time Australia, Fiji and New Zealand have competed together since the cancelation of the 2020 HSBC World Rugby Sevens Series.

In partnership with Oceania Rugby Stan Sport will be delivering the entire tournament live, ad-free and on demand in Australia with full replays, highlights and expert opinion and analysis from the Stan Sport team