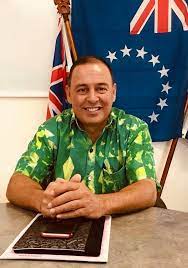 “With the retirement of the Henry Puna, and the election of Akaiti Puna as the Member of Parliament for Manihiki; and with the new budget to be tabled next – I’ve taken the opportunity to relinquish some of my portfolios, reallocate other portfolios to Ministers and to bring new blood into the pool with the appointment of three assistants to ministers.

“In addition we have an exchange of portfolios with Minister Rose Toki Brown taking on Internal Affairs from Minister Mokoroa who will in turn take on the Justice portfolio from Minister Brown,” said PM Brown.

Prime Minister Brown is looking forward to the next phase of this government. As with his Cabinet announcement eight months ago when he became Prime Minister, where possible, the interests and skill set of Ministers have been aligned to their portfolios.

Brown said these changes take effect immediately with affected Ministers meeting their new agency heads within the next week.

“I have every faith that this team will deliver. Like me, they are working for the benefit of our people and nation. May God continue to bless our Cook Islands,” he said.

The new line up of Ministers and portfolios is as follows:

Akaiti Puna MP
Assistant to those Ministers responsible for the redevelopment of Manihiki Airport.