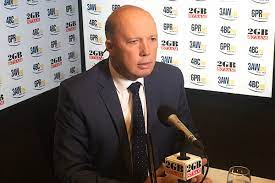 New Zealand has reinforced its involvement in the Five Eyes partnership this week in response to recent conduct from China.

Prime Minister Jacinda Ardern previously distanced the country’s involvement in the alliance, saying it would not be used for communication outside security matters.

Today, Australian Defence Minister Peter Dutton said all countries within the partnership are “on the same page”.

“The Five Eyes partnership between Australia, the United States, United Kingdom, Canada and New Zealand is very strong, and it must be.

“They’re fond of saying in the United States that the only thing that unites the Democrats and the Republicans, all those on the Hill, is the China issue.”

Dutton said the partnership has turned its focus to China’s interference into other states in the Pacific.

“The level of foreign interference into Fiji or Samoa or PNG is at a record level, as it is here,” said Dutton.