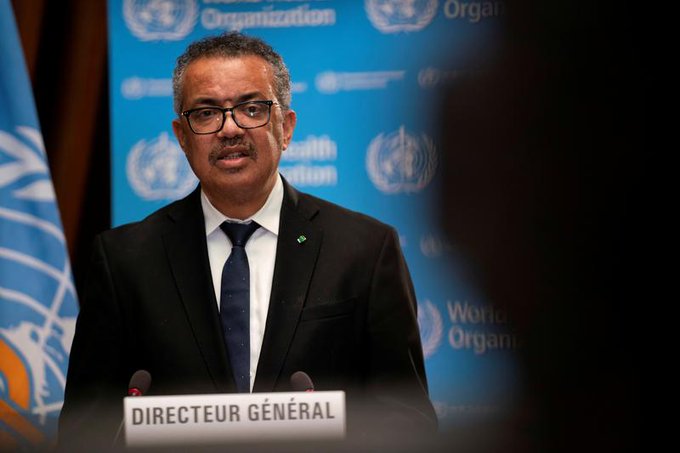 Governments are being urged to finance a new US$50 billion roadmap to end the COVID-19 pandemic and drive a fast recovery, announced on Tuesday by the heads of the world’s predominant global financing, health and trade agencies.

The plan seeks to scale-up supplies of vaccines, tests and treatments, thus reducing the “equity gap” in developing countries, the leaders of the International Monetary Fund (IMF), the World Bank Group (WBG), the World Health Organisation (WHO) and the World Trade Organisation (WTO) said in a joint statement.

They warned that unless governments act now, continued waves of infections and outbreaks, as well as more transmissible and deadly virus variants, could threaten recovery.

“By now it has become abundantly clear there will be no broad-based recovery without an end to the health crisis. Access to vaccination is key to both”, they said, in a call to action published in newspapers across the world.

The US$50 billion investment is required for two crucial reasons.

The funding will increase manufacturing, supply, trade and delivery that would accelerate equitable distribution of the tools to diagnose and treat COVID-19, such as vaccines, oxygen and medical supplies, while also promoting economic growth around the world.

The funding commitment will bring the pandemic to an end faster in developing countries, the partners said, reducing infections and deaths, while also accelerating economic recovery.

At the press briefing, Kristalina Georgieva, IMF Managing Director, explained the link between vaccination and the global economy.

“We are deeply concerned because an increasingly two-track pandemic is causing a two-track economic recovery with negative consequences for all countries. And our data shows that in the near term, vaccinating the world is the most effective way to boost global output. In other words, vaccine policy is economic policy,” she said.

The agency chiefs estimated that the investment will generate some US$9 trillion in additional economic activity by 2025, in line with recent analysis by the International Chamber of Commerce, the world’s largest business organization, and Eurasia Group, a political risk consultancy.

These entities have made the case for a relatively modest investment by governments, compared with the trillions spent on stimulus plans, and also lost in foregone economic output.

Critically, the funding will spur global vaccination and bridge “the equity gap” in accessing doses. UN Secretary-General António Guterres has repeatedly stressed that vaccines must be global public goods available to all people, everywhere.

WHO and its partners in the vaccine equity initiative, COVAX, recently set the goal of inoculating 30 per cent of the global population by the end this year. This could reach 40 per cent through other agreements and surge investment, and at least 60 per cent by the first half of 2022, according to the joint statement.

“To urgently get more shots in arms, doses need to be donated immediately to developing countries synchronised with national vaccine deployment plans, including through COVAX”, it said.

WTO Director-General Ngozi Okonjo-Iweala underlined the need for cooperation on trade, as export restrictions continue and countries wrangle over waiving an agreement on intellectual property rights, known as TRIPS.

She told journalists that trade policy can help scale-up vaccine production, including by freeing up supply chains, and through working with manufacturers to make the most of existing production facilities and build new ones, particularly in regions where they are lacking.

“We know that there is the TRIPS waiver debate going on at the WTO”, she added. “While I cannot take sides, we need to get to a conclusion on this debate. We need to promote also the transfer of technology and know-how to get lasting increases in production capacity.”

The joint plan was announced as WHO approved another COVID-19 vaccine for rollout.

The Sinovac-CoronaVac vaccine, made in China, has been validated for emergency use, meaning it meets international standards for safety, efficacy and manufacturing.

The Emergency Use Listing (EUL) process is a prerequisite for inclusion in COVAX and international procurement.

“We urge manufacturers to participate in the COVAX Facility, share their knowhow and data and contribute to bringing the pandemic under control