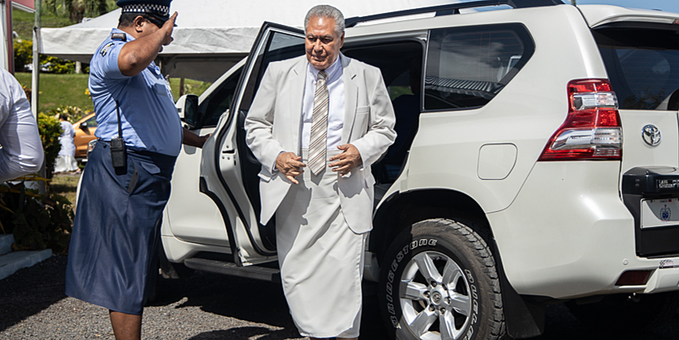 The Chairman and founder of FAST, La’auli Leuatea Schmidt, confirmed the positive news from the Head of State’s residence late this afternoon.

In an interview with the Samoa Observer La’auli confirmed a second meeting with the Head of State this week was initiated by the party; FAST has recommended that Parliament convene by this Friday.

The reason behind the request for Friday is that hearings on 28 electoral petitions begin on Monday next week and should not be disrupted, he said.

“He has agreed to convene Parliament but he has not given the actual date when that will happen,” La’auli said.

“Our legal team was there to provide their advice and we feel obligated to assist in advising His Highness to understand the decision from the Court. The Attorney General was also present at the meeting.”

According to La’auli the party has an obligation under the constitution and Parliament’s Standing Orders to convey to the Head of State that FAST has a majority on the floor of Parliament and the need to swear in the elected representatives.

FAST had met with the Head of State on Tuesday afternoon to inform him of the nominated Speaker and Deputy Speaker from the party.

This was after the FAST delegation advised the Clerk of the Legislative Assembly, Tiatia Graeme Tualaulelei, of their appointed positions.
Tiatia said the Head of State is aware of his obligation to appoint a time for Parliament to meet no later than 45 days after the election.

“I have been approached by [the] FAST party this afternoon to submit their official letter pursuant to Standing Order requirement declaring their appointments of Speaker, Deputy Speaker, Leader/Prime Minister and Deputy PM,” he said.

“I have also reminded Fiame and FAST MPs of the court ruling [Monday] that the Warrant of Election issued by Head of State on the 12th April and 16th April 2021 continues to be valid and lawful.

“We’re expecting a notice from the Head of State for our Office to publish for public information.”

An appeal has been filed against the Supreme Court decision that ruled in favour of FAST by reducing the number of seats controlled by the Human Rights Protection Party(HRPP) to 25, granting them a slight majority.