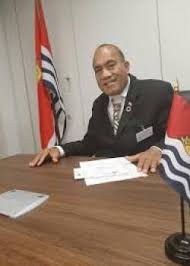 au has confirmed that Covid-19 has not arrived on land in Kiribati despite the first case being confirmed from an I-Kiribati crew who just arrived from Papua New Guinea.

In his address to the nation on Radio Kiribati, President Maamau said the man is being isolated aboard a reefer ship at the Betio port and his condition is being strictly monitored by medical personnel.

All port activities suspended for now.

UN chief: ‘We cannot defeat a pandemic in an uncoordinated way’