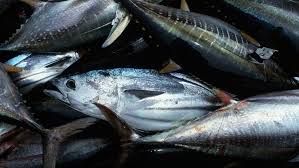 Small island states in the Pacific are opening a new front in the fight against rising seas, to secure rights to an ocean area bigger than the moon that is home to billion-dollar fish stocks.

As global warming pushes waters higher, Pacific nations fear their islands could be swamped, shrinking their EEZs and rights to fishing and mining within their boundaries – so they are trying to lock in existing zones now.

“There’s a sense of urgency,” said Jens Krüger, deputy director of the ocean and maritime programme at the Fiji-based Pacific Community, a development organisation run by states.

“Sea level rise and climate change are threats that can devastate our islands.”

Once islands and EEZs are mapped in line with UN rules, Pacific nations believe they cannot be “challenged or reduced as a result of sea level rise and climate change”, Krüger said.

Under the 1982 UN Convention on the Law of the Sea (UNCLOS), which was agreed before sea level rise was recognised as a global problem, states have rights in a 200-nautical mile EEZ stretching from their shores.

But higher seas, driven by melting ice in Antarctica and Greenland as the planet’s climate heats up, could force people to abandon low-lying islands.

That would downgrade them to “rocks” in UN terminology, with UNCLOS specifying that “rocks which cannot sustain human habitation or economic life of their own” do not qualify for an EEZ.

Seas could rise by up to about 1 metre (3.28 ft) this century, depending on how far global temperatures warm, the Intergovernmental Panel on Climate Change (IPCC) has warned.

Pacific states are concerned that storm surges, flooding, coastal erosion and saltwater intrusion are already harming their land, damaging homes and farms among other assets.

In addition, they have vital economic interests far offshore, especially the sale of licences to tuna fishing fleets from nations such as Japan, South Korea and the United States. 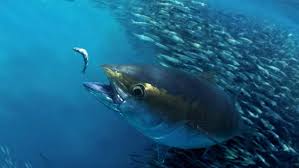 Clive Schofield, head of research for the Global Ocean Institute at the World Maritime University in Sweden, said the EEZs were “particularly critical to the small-island, large-ocean states of the Pacific”.

“I think there is growing support for the idea that these states who have contributed the least to climate change should not be penalised first,” he said.

“We are talking about rights over marine resources that are fundamental to their future development.”

The Western and Central Pacific Fisheries Commission said the region’s tuna catch of 2.9 million tonnes in 2019 was worth US$5.8 billion and accounted for 55 percent of the global total.

The fear is that, if islands disappear, foreign fishing vessels could scoop up tuna stocks, arguing the waters are no longer in a nation’s EEZ but part of the high seas, open to all.

Ten Pacific island states, including Fiji, Kiribati, Tonga and Tuvalu, have about 2 million people living on a land area of 62,000 sq km (23,938 sq miles), roughly the size of the U.S state of Florida, according to UN data.

Most legal experts dismiss the idea of renegotiating UNCLOS, which was decades in the making and has not been formally ratified by the United States.

“Changing UNCLOS would be a nightmare,” said Elaine Baker, a professor at the University of Sydney and director of its Marine Studies Institute.

Countries have been quick to claim extra land, for instance after an offshore volcanic eruption created an island, but she could think of no examples of nations giving up maritime zones when islands disappeared.

“People want to celebrate land appearing but not so much land disappearing,” said Baker, who also works for the Norway-based GRID-Arendal environmental communications group.

The Pacific Community says Kiribati, the Marshall Islands, Niue, Samoa, Tuvalu, Australia and others either have changed, or are in the process of changing, legislation to allow them to use geographical coordinates to define their EEZs, rather than traditional maritime charts.

David Freestone, a professor at The George Washington University Law School, said Pacific states may face problems if they formally fix their EEZs but fail in future to update charts for navigation. Outdated charts could be misleading for ships.

“Other countries with wider maritime interests, like the United States, say it’s unsafe if (Pacific nations) don’t update their charts – it is a maritime risk,” he said.

Pacific island governments have agreed to recognise each other’s existing maritime limits – but that may not be enough.

“It’s not the mutual recognition they want, it’s the recognition of everybody else,” Freestone said.

If islands disappear, “the Japanese and the Chinese could say ‘this is no longer an exclusive economic zone’,” and try to fish or mine in the region, he added.

The International Law Association, grouping scholars around the world, has supported the vulnerable islands, saying in a 2018 resolution that any maritime zones determined under UNCLOS “should not be required to be recalculated should sea level change affect the geographical reality of the coastline”.

The Federated States of Micronesia (FSM), for instance, has submitted hundreds of pages to the United Nations to detail the outer extent of its EEZs, which could make it easier to enforce the zone in any dispute with foreign fleets.

Micronesia wrote in a 2020 letter to the United Nations that it “intends to maintain these maritime zones … notwithstanding climate change-induced sea level rise”.

Tuvalu Foreign Minister Simon Kofe, meanwhile, told a conference last September that his nation insists, in diplomatic relations with other countries, that they recognise “the statehood of the nation as permanent and its existing maritime boundaries as set, regardless of the impacts of sea level rise”.

Pacific Small Island states may be pioneering work to secure maritime boundaries, but rising seas could redraw coasts from Bangladesh to Miami. About 680 million people live within 10 metres of sea level, according to the IPCC.