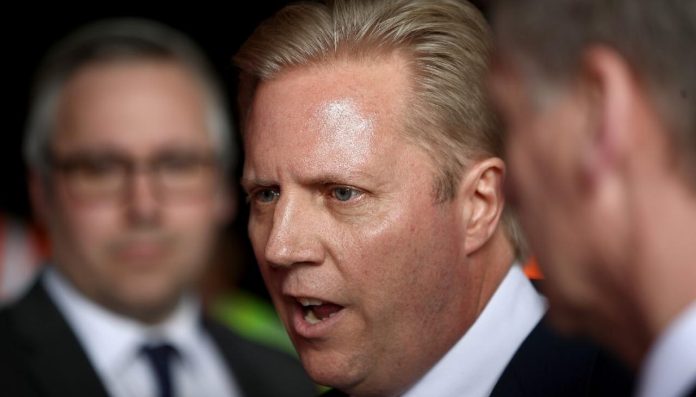 Election observer MP Todd McClay says he believes Fiji’s election was fair and that the country must now democratically decide the composition of the next government.

For the first time since the return of democracy in Fiji in 2014, Voreqe Bainimarama’s Fiji First Party has failed to secure the majority of seats in Parliament.

A New Zealand delegation has been in Fiji observing the election.

McClay was one of about 80 international observers. He told Morning Report all the signs on the ground suggested election results were legitimate.

“There was a little bit of uncertainty for a day or two, in that Fijian systems are a little bit different than many other countries,” he said.

“At a given point of time, after about 24 hours, they stopped the provisional count, and then they wait for the full result to come in.

“The Electoral Commission here had to take their website down as the results were being inputted incorrectly.

“But I can report that the observer team on the ground now has said they do believe that the process was fair, and it was frank, and the result has delivered can be relied upon.”

McClay said he wasn’t surprised by the fact there was effectively a hung Parliament, as there had been indications sections of the population were looking for change.

“The smallest party, getting to make the decision as to who will be prime minister, probably is reflective of what we’ve seen as we’ve been out and about,” he said.

“On some of the smaller islands, there was a desire for the status quo, certainly on the west side of Fiji around Nadi a feeling that, as tourism has come back, the government’s Bainimarama has done a good job.

“But in many other areas, the country was looking towards more traditional leadership.”

“Fiji has had a very clouded relationship with democracy over the years, both of the men who are likely to become prime minister have been involved with the military,” he said.

“It’s really pleasing to see on two occasions over the last week, including as late as Saturday, the head of the military come out and say ‘the military believes in democracy, we’ll stay back out of the process, and respect the view of the people’.”

He said the fascinating situation unfolding was a chance for the island nation to demonstrate the democratic progress it had made.

“This is a real opportunity for Fiji to show the world it’s taking that next step forward and it relies upon democracy. There’s a lot of weight on the shoulders now of the smallest political party in this country, he said.