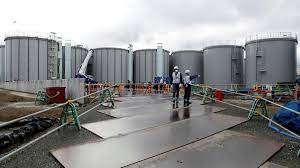 Japan’s decision to discharge nuclear wastewater into the Pacific Ocean for the next 30 years has been condemned by a Pacific alliance.

And the group of community members, academics, legal experts, NGOs and activists is calling on New Zealand and the Pacific to act to stop Japan.

Three reactors at the Fukushima Daiichi nuclear power plant had meltdowns after the earthquake and tsunami on 11 March, 2011 which left more than 15,000 people dead.

The Japanese government said work to clean up the radioactive contamination would take up to 40 years.

Following the Nuclear Connections Across Oceania Conference at the University of Otago last month, a working group was formed to address the planned discharge.

Dr Karly Burch at the OU’s Centre for Sustainability said many people might be surprised to hear that the Japanese government has instructed Tokyo Electric Power Company (Tepco) to discharge more than 1.3 million tonnes of radioactive wastewater into the ocean from next year.

Burch said they had called on Tepco to halt its discharge plans, and the New Zealand Government to “step up against Japan”.

In June, Prime Minister Jacinda Ardern called for nuclear disarmament during her speech at the Nato Leaders’ Summit in Madrid.

“New Zealand is a Pacific nation and our region bears the scars of decades of nuclear testing. It was because of these lessons that New Zealand has long declared itself proudly nuclear-free,” Ardern said.

Burch said the Government must “stay true to its dedication to a nuclear-free Pacific” by taking a case to the International Tribunal for the Law of the Sea against Japan.

“This issue is complex and relates to nuclear safety rather than nuclear weapons or nuclear disarmament,” the Ministry of Foreign Affairs and Trade said in a statement on Friday.

“Japan is talking to Pacific partners in light of their concerns about the release of treated water from Fukushima and Aotearoa New Zealand supports the continuation of this dialogue.

“There is also an important role for the global expert authority on nuclear safety issues, the International Atomic Energy Agency (IAEA), which Japan has invited to review and monitor its plans.

“Aotearoa New Zealand is following the reports released by the IAEA Task Force closely and has full confidence in its advice,” MFAT said.

In Onahama, 60km from the power station, fish stocks have dwindled, said Nozaki Tetsu, of the Fukushima Fisheries Co-operative Associations.

“From 25,000 tonnes per year before 2011, only 5000 tonnes of fish are now caught,” he said. “We are against the release of radioactive materials into our waters. What worries us is the negative reputation this creates.”

Japan needs nuclear power because its energy grid is not connected to neighbouring countries nor is it able to boost output of domestic fossil fuels, a government official in Tokyo said in a statement.

Japan has kept most of its nuclear plants idled since the 2011 earthquake and tsunami. In September, the government announced it would restart the power plants to develop the country’s next-generation nuclear reactors.

Japan has been decommissioning and decontaminating the Fukushima nuclear power plant.

Now, it must urgently empty its water tanks.

“To ensure they do not cause biological or ecological harm, these uranium-derived radionuclides need to be stored securely for the amount of time it takes for them to decay to a more stable state. For a radionuclide such as Iodine-129, this could be 160 million years.”

Burch said Tepco had been using advanced liquid processing system technology to filter uranium-derived radionuclides from the wastewater that had been cooling the damaged reactors since 2011.

Burch said the Japanese government was aware in August 2018 that the treated wastewater contained long-lasting radionuclides such as Iodine-129 in quantities exceeding government regulations.

She has called for clarity from Tokyo, the International Atomic Energy Agency, the Pacific Islands Forum Secretariat, Pacific Oceans Commission, and a Pacific panel of independent global experts on nuclear issues on the outcome of numerous meetings they have had about the discharge.

“We want a transparent and accountable consultation process which would include Japanese civil society groups, Pacific leaders and regional organisations.

“These processes must be directed by impacted communities within Japan and throughout the Pacific to facilitate fair and open public deliberations and rigorous scientific debate,” Burch said.

The Pacific Islands Forum secretary-general, Henry Puna, has been approached for comment.