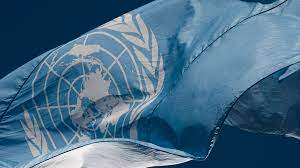 Developing nations could have a greater say over global tax rules after winning a diplomatic tussle at the United Nations in New York on Wednesday.

A new resolution, agreed by UN members, gives the body a mandate to kickstart intergovernmental talks on tax.

The policy area has long been dominated by the Paris-headquartered Organisation for Economic Co-operation and Development (OECD), a body largely formed of wealthy countries including the U.S, UK and Japan.

The resolution, presented by the African Group, ultimately paves the way for a UN convention on taxation and a new global tax body, according to campaigners.

“History was made today. We commend UN members on their bold action today to move rulemaking on global tax into the daylight of democracy at the UN,” said Alex Cobham, chief executive at the Tax Justice Network.

“The intergovernmental discussions next year will be crucial in setting the path for this new era of international tax. It is vital that countries in each region of the world follow the African leadership that underpinned this success, and engage together to generate common positions on an ambitious agenda,” he added.

The resolution was fiercely opposed by some western diplomats behind the scenes in New York, officials on both sides of the debate around the UN’s role on tax affairs said.

Some rich nations, including the U.S, had fought against the resolution in an attempt to maintain a tighter grip on global tax rules. Campaigners want international agreement on measures such as a floor for corporate tax rates, so countries cannot undercut one another, and forcing multinationals to report how much tax they pay in each country.

As well as new global tax rules, the intergovernmental talks could also determine reforms to existing tax policy and the creation of fresh UN bodies.

A last minute effort to water down the mandate for intergovernmental talks on tax in the resolution was rejected by other UN member countries.

António Guterres, the UN secretary general, who had promised the resources of his office to assist negotiations on the resolution, has now been tasked with writing a report on the problems in the global tax system. He will also be expected to suggest potential solutions.

Outlining the motivation for global tax talks, Guterres said in September a host of issues, including illicit money flows, could be addressed by a new convention on global taxation.

“Tax norms need strengthening to address digitalisation and globalisation in ways that meet the needs and capacities of developing countries. A global convention on tax with universal participation may help with this effort,” Guterres said.

Thabo Mbeki, the former president of South Africa, had joined calls for the resolution to be adopted at the UN. The ex-politician is chairman of the African Union high level panel on illicit financial flows.S