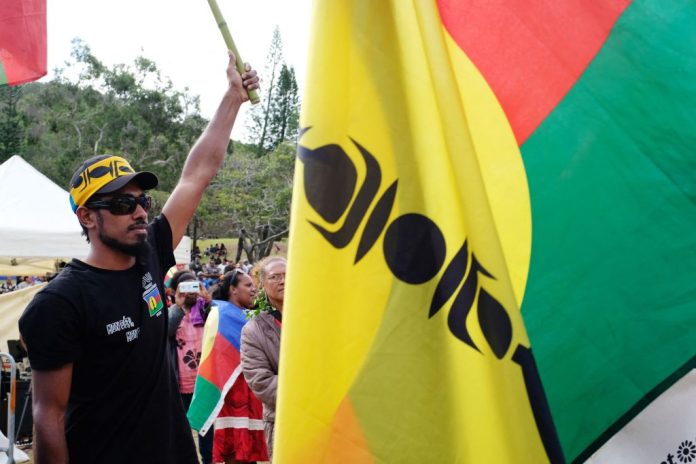 After proclaiming that New Caledonians had voted to stay with France in three recent referendums, despite a massive boycott by indigenous parties of the last one, French President Emmanuel Macron’s government now faces hostility and resistance in France’s pre-eminent overseas territory. The pro- and anti-independence sides remain diametrically opposed, along ethnic lines. And, most worryingly, the long-term agreements that have kept the peace have now expired and there’s no agreed form of continued governance beyond the end of the current local congress mandate in early 2024.

French Interior Minister Gerald Darmanin and Overseas French Territories Minister Jean-François Carenco are due to visit New Caledonia next week, to try once more to establish dialogue with all groups: indigenous-dominated parties favouring independence, and primarily European ones favouring staying with France. They face a major challenge.

After 30 years of innovative peace agreements which ended civil unrest in the 1980s, and impressive conduct of the first two of three long-promised independence referendums in 2018 and 2020, France badly handled the third, which took place in December 2021. Despite calls for a postponement by independence parties in late 2021, while indigenous Kanak communities suffered the worst impacts of the Delta variant of Covid-19, France persisted with the December vote, which it could statutorily have delayed until November 2022. With regional support, and having taken the issue to the UN Fourth Committee on Decolonisation, independence parties boycotted the referendum. The result reflected the boycott, with 44 percent voter turnout (about half of that for the 2020 second referendum), delivering just 3.5 percent support for independence, in contrast to 43.3 percent in 2018 and 46.7 percent in 2020.

While Macron claimed a ‘massive’ victory for the pro-France side just after the 2021 vote, he qualified it by noting the strong abstention. But by mid-2022, in Brussels for a NATO meeting, he told the press that New Caledonians had clearly voted to stay with France.

It has been downhill for meaningful dialogue ever since. France abandoned an attempt to revive a steering committee of the 1998 Noumea Accord in September after independence parties objected. It called a meeting in Paris in October, but only loyalists and local business and civic groups attended. They agreed on a timetable and a range of subjects for discussion, without independence party support.

Although each side has its internal differences, they each unite around positions that are increasingly irreconcilable.

Pro-independence parties unanimously reject the third referendum outcome, call for a new vote on independence invoking UN support and say they will only speak bilaterally with France, not the loyalist parties, and only in Noumea not in Paris. They all agree on the ultimate goal of full sovereignty, with most accepting some form of association with the French state, a concession they have made in recent years.

Loyalist parties share a common position that the three votes reflect New Caledonians’ wish to stay with France, and promote policies to entrench the territory further within France as soon as possible, a position that the French government has apparently adopted. With the end of the Noumea Accord, loyalist parties want to open up its sensitive restricted electorate provision that confines eligibility to vote in key local elections and referendums to longstanding residents only, a toughly fought concession that advantages the mainly indigenous independence parties. Independence leaders reject any relaxation of this provision.

Meanwhile, non-indigenous New Caledonians are leaving the territory at a rate of about 2,000 a year (from a total population of about 270,000). Those who remain are becoming more anxious about the future, reflected in the rigid stance of loyalist parties.

Australia should be concerned about the situation in New Caledonia. For decades the French territory has been a stable and predictable element in a generally unstable Melanesian neighbourhood. Older New Caledonians, both loyalist and pro-independence, remember only too clearly the violence and explosive disruption of the 1980s, when independence leaders were frustrated to the point of turning to Libya for assistance and training.

Macron’s rhetoric on great-power intentions in the region, including what he calls ‘hegemonic’ behaviour by China, suggests that France may be banking on regional country support for its presence, with a Western alliance considered the better of two options. An added complication is that Macron promoted the minister who oversaw the flawed final referendum, Sebastian Lecornu, to become defence minister in May.

Certainly, regional countries have appreciated France’s constructive engagement in recent years after it abandoned its nuclear testing in the region and reshaped its management of independence demands. Still, both the Pacific Islands Forum and the Melanesian Spearhead Group supported the indigenous people’s rejection of the result of the third referendum, just as they have consistently supported, and monitored, independence aspirations in the French territory for decades.

It’s difficult to see how the visiting French ministers will be able to advance much-needed dialogue under the current circumstances…. PACNEWS

Denise Fisher has served as Australian consul-general in Noumea, Australian high commissioner in Harare and political counsellor at the Australian embassy in Washington. She is a visiting fellow at the Australian National University’s Centre for European Studies and the author of France in the South Pacific: power and politics.

What deals is China pursuing in the Pacific and why is...