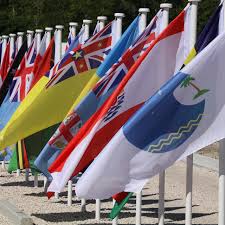 When Micronesian leaders broke away from the Pacific Islands Forum (PIF) a fortnight ago, after their candidate for secretary general was not elected to the Forum’s top job, it reflected the ongoing erosion of interpersonal relationships at the Pacific’s premier regional body.

Strong human relationships and connections have characterised the Forum’s decision-making processes for decades. However, in recent years, the Forum has increasingly become characterised by dry, impersonal, and bureaucratic interactions. This is an evolution which has only been accelerated by the COVID-19 pandemic and the recent rise of diplomacy-by-Zoom.

Meeting regularly for informal discussions, leaders from across the vast Pacific Island region developed enduring friendships. This enabled leaders to meet and personally resolve issues when and where they arose in a spirit of consensus-building and collaboration.

Significantly, these strong relationships amongst leaders on the regional stage are not so apparent today. The Forum has been led by the unwritten convention that the secretary general position should be rotated amongst the three sub-regions in the Pacific: Melanesia, Micronesia and Polynesia.

In the past, the election of secretaries general has been resolved through a process of quiet and respectful communication between leaders, with differing perspectives worked out during walks along the beach, or over a bowl of kava. Not so on this occasion.

The outcome of the recent virtual leaders’ meeting to appoint the new secretary general may have been affected by the fact that it was held over video conferencing technology and devoid of personal interaction, rather than face-to-face. Would the outcome be different had leaders met in person? It is doubtful that the Micronesians would have had it their way.

The Micronesians’ threat to break-away was foreshadowed. They made clear that if their candidate, Marshall Islander and diplomat Gerald Zackios, didn’t get the top job they would walk out. It was nonetheless an overt warning for regionalism, regional cooperation, and regional solidarity. Regrettably, some leaders at the Forum chose to ignore it, thinking it was just a bluff.

This development is a sad casualty of the formalisation and bureaucratisation of leaders’ decision-making processes. It has prevented leaders from developing strong interpersonal relations and connections

In his memoir, The Pacific Way, Ratu Mara, a founding father of the Forum, fondly recalls how leaders got together and built strong personal relationships – relationships that honoured unwritten conventions and ‘gentlemen’s agreements’. These strong relationships could be called upon in times of disquiet to resolve issues at the Forum.

It could be rationalised that the decision of the Micronesian leaders is a manifestation of a gradual deterioration in human relations amongst leaders. Unwritten conventions – like the rotation of the top post amongst the sub-regions – may be a victim of the declining relations between leaders.

Alternatively, it may be a signal that the PIF needs to make explicit the values and conventions which are essential to its effective functioning. This is a wake-up call for those wishing to strengthen regionalism, solidarity, and cooperation. It should also serve as a reminder that sometimes we need open conversations about the nature of selflessness and sacrifice in the name of a Pacific identity.

Selflessness and sacrifice were some of the founding values of PIF. Mara recalls Samoa’s selfless decision to decline an offer of receiving a preferential price on banana exports, a major Pacific export commodity in the 1960s, from New Zealand. Instead, through the Pacific Islands Producers’ Association (PIPA), Samoa successfully negotiated an ‘improvement in price for everyone’. The PIPA later became the South Pacific Bureau of Economic Cooperation and thereafter the Forum Secretariat.

Contemporary examples of such selflessness and cooperation include the invocation of the Biketawa Declaration to deal with an ethnic conflict in the Solomon Islands and cooperation to restore economic and financial stability in Nauru. It includes the addressing of the current health and economic impact of COVID-19 through the Pacific Humanitarian Pathway on COVID-19, and the championing of climate change policy on the global stage. It is the essence of the Tuvaluan concept of fale pili, which must be nurtured through genuine human relations.

The present turbulent winds blowing across the Blue Pacific have three potential effects. One – the growth of sub-regionalism and increased inter-sub-regional cooperation, including rivalry and competition. Two – the exposure of the region to increased geopolitical pressure and competition, particularly from China, with implications for Australia’s Pacific Step-up and New Zealand’s Pacific Reset. Three – a reshaping of the regional architecture and a redefinition of the Forum’s sphere of influence.

These turbulent winds will blow over. But in this unprecedented time of COVID-19 and its devastating economic impact on the region, leaders must put human security at the top of their agenda and steer the Pacific out of the current challenges. The new secretary general will need all their navigational skills to steer the Forum’s vaka out of the rough seas…. PACNEWS