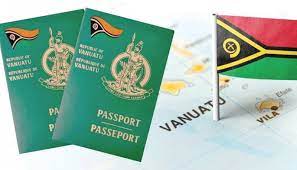 The European Union has announced a full suspension of visa-free access for citizens of Vanuatu because of the Pacific island nation’s “golden passports” scheme, which offers nationality to investors.

The suspension will come into effect from February 2023, the European Council, which represents the EU’s 27 member states, said on Tuesday.

The move broadened a partial suspension for Europe, in place since March this year after negotiations failed to resolve the issue.

“The country has failed to engage in any meaningful way and the circumstances that led to the temporary suspension still persist,” the statement said.

Brussels has been seeking to crack down on so-called “golden passport” programmes, both among EU member states and against non-EU countries whose citizens are allowed to enter the bloc for temporary stays without visas.

It has viewed the initiatives as a risk to internal security in the EU. Once a traveller enters the union, there are almost no passport controls between EU member countries.

In September, the European Commission decided to take a case against EU member Malta to the EU’s highest court for pursuing its own citizenship-through-investment scheme.

In terms of Vanuatu, the European Council highlighted the “extremely low rejection rate” for applicants to its scheme, who included nationals from countries who needed EU visas.

It also noted that applicants for Vanuatu’s “golden passports” did not need to be resident in that country, and some received Vanuatuan passports despite being on Interpol watch lists.

Online ads for Vanuatu’s scheme boasted that applicants could get their passports within one or two months, at a cost of US$130,000.

Some of those websites noted the EU visa change, and added a “cheaper offer” – a passport from the Caribbean nation of Saint Kitts and Nevis for $110,000 – which still gives visa-free entry into the union.

Palau concerned about China’s pressure but committed to Taiwan