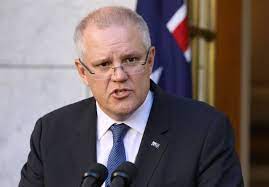 First, Australia must fully redress the punitive Pacific aid cuts imposed since 2013. Morrison’s current strategy is to deny these cuts even exist. But the numbers don’t lie: US$250 million of cumulative cuts between 2013 and 2020. Morrison even boasted of foreign aid in 2017, “we’ve stripped it right back, billions of dollars”. Despite his protestations, Pacific leaders know first-hand he is lying. They feel betrayed. These cuts have massive significance for small island budgets.

Second, Australia must reassure the South Pacific that we’re in their corner on climate change, which threatens to wipe countries like Tuvalu and Kiribati off the map. So when Morrison lines up with strongman leaders like Russia’s Vladimir Putin and Brazil’s Jair Bolsonaro, it is noticed.

Under our government, Australia advocated for the Pacific in international negotiations – on behalf of the Alliance of Small Island States in Copenhagen on the critical question of keeping global temperatures rises within 2 degrees. Australia has since walked away from them, as underscored in successive Pacific Islands Forum communiques.

Third, Australia must rapidly expand its diplomatic presence. Despite its strategic significance, the number of Australian foreign service officers stationed in the Pacific hasn’t increased since 2013. By contrast, the previous Labor government almost tripled DFAT’s presence over six years and created an outer-ministry portfolio (now held by Seselja) previously held by Richard Marles.

On my advice, Richard spent years crisscrossing the Pacific, learning about the region and building relationships. These connections will be invaluable if he becomes deputy prime minister.

Morrison claims our record was about “stomping around” telling the Pacific what to do. This is yet another Morrison lie. At every opportunity, we worked collegially through the PIF, which this government has allowed to splinter.

I secured PIF hosting rights for Australia in 2009, and spent days with island leaders in Cairns precisely because we knew from our defence white paper that China was on the march.

The only disagreement was over the 2006 Fiji coup, when all the other island states united with Australia and New Zealand in suspending Fiji from both the Commonwealth and the PIF until democracy was restored in 2014. Otherwise, we would have legitimised coup culture across the region.

Fourth, Australia needs defence clarity. When we decided to double the submarine fleet and increase the surface fleet by a third, the Liberals lashed the idea as too expensive and unfunded, and derided predictions of a militarily aggressive China as “highly dubious”.

This included constructing two Canberra class helicopter docks – the largest ships ever built for the Royal Australian Navy – precisely with Pacific relief missions in mind. One was recently deployed to Tonga following its tsunami.

Since 2013, Australia’s defence policy has been shambolic. The submarine programme was first halted, then shopped around until a contract was signed with France, only to have it torn up, with billions due in compensation. There are now 30 major defence projects that are running a total of 79 years late; 17 major projects are running $4.3 billion (US$3.1 billion) over budget; and the government’s much-hyped “biggest personnel increase ever made during peacetime” will still result in a smaller ADF per capita than under Labor.

While the election is for voters to decide, Labor has a clear-cut advantage in each of these four areas. Morrison is too proud to own his government’s failures on aid, too beholden to his party’s far right to show any real leadership on climate change, and too lacking the energy and expertise for creative middle-power diplomacy to restore Australia’s presence in the region.

Morrison has made Australia less secure, not more secure. Continuing his policies will ensure the Solomons won’t be the last island state to sign a security agreement with Beijing, but merely the first.