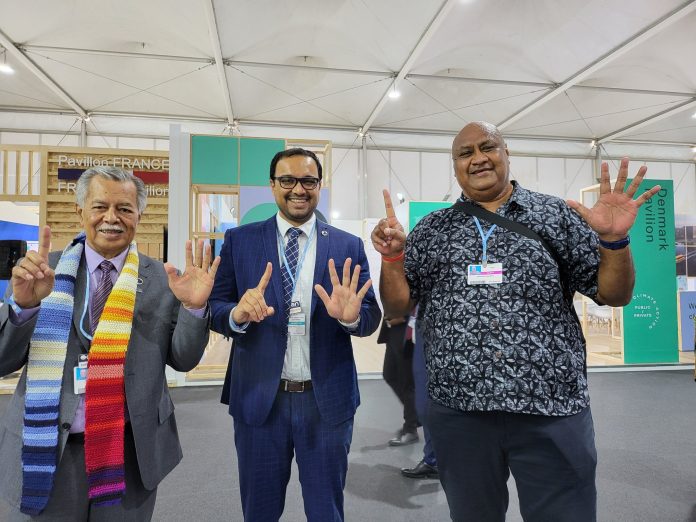 Climate compensation has been raised during COP27 talks for the first time, providing hope for increasingly vulnerable countries such as the Pacific Islands.

It comes amid estimates climate-linked losses could reach close to US$1 trillion by 2030, with just a fraction of the figure pledged so far.

1News meteorologist Dan Corbett, who has been predicting the weather for decades, said the difference today is as stark as the seas and atmosphere.

“You add more fuel, more warmth in the atmosphere, it’s a bit like having a small bonfire and you just take some petrol and you go boof and it goes up and that is what we see. We see it everyday with storms around the Pacific and even around the globe. They’re just more intense, they’re more nasty,” he said.

Fiji is warning of up to four severe tropical cyclones this season and above average rainfall.

The country’s Acting Minister for Disaster Management Jone Usamate said in Fiji “flooding alone continues to be one of the leading causes of death during any cyclone event”.

Meanwhile, low-lying Kiribati in the central Pacific has declared a state of disaster due to flooding and droughts.

“There is no way anyone can argue that there is no loss and no damage,” UN Secretary-General Antonio Guterres said.

“The world must come together to support developing countries and vulnerable communities.”

While many vulnerable communities are doing what they can to buy time to protect their homes, they say real protection is keeping the world’s temperature rise to 1.5C.