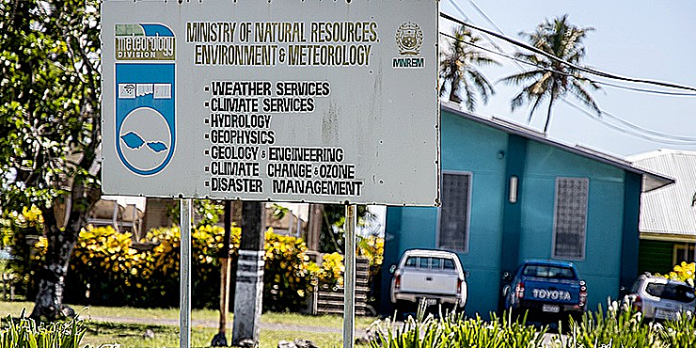 Meteorologists at the Samoa Government are forecasting the rare occurrence of a three-peat La Nina event for the third consecutive Tropical Cyclone season.

Releasing their Samoa National Statement on Tropical Cyclone and Climate Outlook 2022-2023 recently, the Samoa Meteorological Division within the Ministry of Natural Resources and Environment (MNRE) said their analysis points to the third consecutive Tropical Cyclone season since the 2020-2021 TC season.

The Division said their climate models generally suggest that this status is likely to remain through most of the TC season and can have a significant impact on the climate of Samoa.

“Although ocean observations in mid-2022 declined slightly to La Nina Alert levels, trade winds intensity increased there on after, resulting in an establishment of a La Nina in September 2022,” reads the outlook provided by the Division.

“Sea surface and sub sea surface temperatures continue to show La Nina features in recent months, and according to seasonal outlook models, will continue on for most of the wet season.

“The atmospheric indicators of ENSO are well within La Nina thresholds as well, which further supports the longevity of the La Nina phase to 2023.”

According to the Division, rainfall for the upcoming season is forecast to be normal to above normal conditions and the impact of the La Nina will vary from country to country.

“The impacts of La Nina vary from country to country, with the Melanesian countries (Solomon Islands, Vanuatu and New Caledonia) having higher than usual risks of tropical cyclones while countries such as Fiji and Polynesian neighbors in the eastern part of the South Pacific are likely to experience fewer than average tropical cyclones.

In terms of TC outlook for 2022-2023, the Division said they project a 0–1 Tropical Cyclone (TC) likely to form in or pass through the 400 km radius of Samoa during this tropical cyclone season. The TC season extends from November to April with peak TC activity normally experienced from January to March.

‘World is at boiling point’: humanity must redefine relationship with nature,...