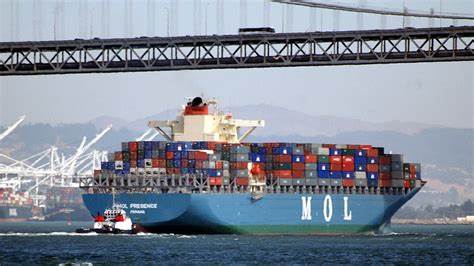 Countries are open to strengthening a global climate goal for shipping, but not before a planned review of the strategy in 2023.

That was the upshot of talks in the International Maritime Organisation’s (IMO) environment committee on Monday and Tuesday.

There was no consensus behind a specific proposal by three Pacific island nations – the Marshall Islands, Solomon Islands and Kiribati – to make international shipping emissions-free by 2050.

While countries including the UK, U.S, Canada, Japan and Panama, which has the world’s largest flag registry, backed the resolution, major emerging economies including India, China, South Africa and Turkey, objected on equity grounds. They said the strategy needed to reflect differentiated responsibilities for climate change and deliver finance to help them decarbonise, with targets based on scientific data.

There were signs of broader support in principle for setting a zero, or net zero, target for the sector, which is responsible for nearly 3% of global emissions. This was influenced by the latest science and pressure emerging from this month’s COP26 climate summit to do more.

“We have a clear majority for zero by 2050,” said Aoife O’Leary, a long-time observer of IMO negotiations and head of Opportunity Green, a non-profit focusing on international climate issues, including shipping. “I’m pleasantly surprised that the Cop26 momentum is holding, although it could be better and stronger.”

Ships emit around one billion tonnes of carbon dioxide equivalent every year. Without further action, shipping emissions are projected to reach 90-130% of their 2008 levels by 2050.

The IMO has a target of reducing international shipping’s emissions by at least 50% by 2050, compared to 2008 levels, which campaigners say is woefully inadequate and far from what is needed to limit global heating to 1.5C.

In the run-up to Cop26, UN chief Antonio Guterres singled out the shipping and aviation sectors for failing to set global targets consistent with meeting the 1.5C goal and called for shipping to be zero emissions by 2050. “[These sectors’ targets] are more consistent with warming way above 3 degrees,” he said.

At the summit in Glasgow, 14 nations, including the U.S, UK and several European countries, endorsed a declaration calling for zero emission shipping by 2050.

However, some EU countries that signed the Cop declaration did not support the Pacific islands’ proposal, describing it as “waste of time”. They said efforts should instead be directed towards defining clear short-term targets and mandatory measures to implement these.

“We believe it is not only important to highlight the need for an ambitious target for 2050 but also for absolute emission targets for 2030 and 2040,” one of Germany’s delegates at the IMO told Climate Home News.

“We are in favour of the adoption of a dedicated work plan for the revision of the initial strategy which includes [absolute 2030 and 2040] targets,” said the German delegate. Delegates for Spain and France told Climate Home that they opposed the resolution on similar grounds.

The IMO has a goal of reducing the sector’s carbon intensity – rather than its absolute emissions – by 40% by 2030, on 2008 levels. This translates to just a 2% reduction each year, whereas a 6–7% annual reduction is needed to be compatible with 1.5C, according to analysis by the International Council on Clean Transportation (ICCT).

While supportive of short term action, campaigners said a review of long term ambition could not wait until 2023.

“In those two years the industry will have emitted around 20% of its total 1.5C carbon budget,” he said.

The main barrier to action is the belief that the transition can take place in the 2030s, said Maggs. “It has to happen in the 2020s. Shifting to zero by 2050 will help with this but only make a big difference if the logic of 1.5 degrees is translated into an ambitious 2030 target.”

“At the moment there are too many shipowners passing the buck and waiting for alternative fuels,” he said.

There was debate over whether a target should be for net zero or absolute zero emissions. India, the UAE, Bahamas and Liberia were among countries wanting to leave the door open to carbon offsets.

“The language regarding increased ambition and getting to zero by 2050 is very muddled at this point and, so far, has no teeth. There are references to net zero and carbon neutrality which are worrying, but currently countries are only making general comments about their positions,” Jim Gamble, the Arctic programme director at non-profit Pacific Environment, told Climate Home News.