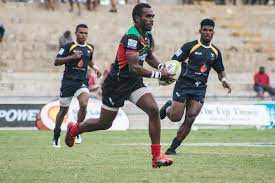 The Oceania Rugby Championship has kicked off with the hosts Papua New Guinea defeating Vanuatu 39-13 at the Sir Hubert Murray Stadium in Port Moresby.

It was 19-13 to the Pukpuks at half-time before they pulled away to record a comprehensive victory.

The tournament is back for the first time since 2019 due to Covid-19 and will also feature Solomon Islands.

The Pukpuks are the reigning champions after claiming the title in 2019, also in Port Moresby.

The Oceania Rugby Championship has served as a Rugby World Cup qualification tournament since 2009.