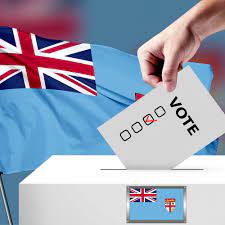 He has also advised on the dissolution of Parliament with effect from today Sunday 30 October 2022.

The writ of election will be issued on Monday 31 October

Meanwhile, the  Electoral Commission has assured that the Fijian Elections Office is now ready for the 2022 General Election on 14 December

He said with the announcement made; postal voting registration is now open.

“Every registered Fijians voter who is overseas will be required to apply for postal vote. And postal voting application forms can be accessed on services.feo.org.fj.”

The Electoral Commission also states that Fijians who still intend to vote and have not registered yet can still access any registration venue as registration will be halted once the writ is issued.

He said political party registration will also be seized immediately after the writ is issued tomorrow.

He says following the issue of the writ, the candidate nomination will also be open.

The Electoral Commission says the last day for candidate nominations will be at 12pm on 14 November  and anyone intending to withdraw a nomination must do so by 12pm the following day.

He said that there will be 855 polling venues and 630 pre-poll venues around the country with 7541 staff.

Nand said the training of election officers has been successfully completed.

He said on Election Day, voting will begin at 7.30 am and close at 6pm.

PM Bainimarama back in Fiji