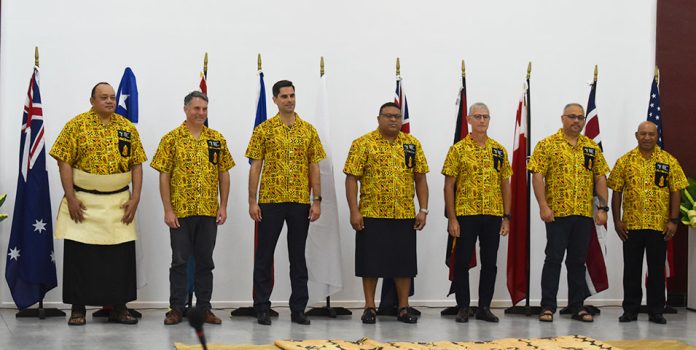 Hu’akavameiliku said the Kingdom of Tonga is proud to welcome Defence Ministers and senior delegates.

“The region faces growing traditional and non-traditional security threats that affect us all, including climate change. When we collaborate, share information and enhance interoperability, we are better able to respond,” he said.

“We are committed to working together to support each other in times of crises. We saw this when regional forces co-deployed to support Tonga following the volcanic eruption and tsunami in January of this year.

“And His Majesty’s Armed Forces stands shoulder-to-shoulder with our partners in the region, ready to assist others in their time of need.”

“Together, we are stronger.”

In 2022, the forum will focus on progressing initiatives to enhance coordination, increase interoperability and improve information sharing between SPDMM partners.

“I am pleased to be hosting my counterparts from across the region in Tonga this week – almost one decade since Tonga hosted the inaugural meeting, in 2013 – and I look forward to collaborating on outcomes that build Pacific resilience.”

“Collective action is at the heart of the Pacific way.”

The event is the first in-person meeting since 2019.

Delegates agreed that the next meeting will be hosted by France in 2023, in New Caledonia.

SPDMM was hosted by Hu’akavameiliku, Prime Minister of Tonga and Minister Responsible for Defence.