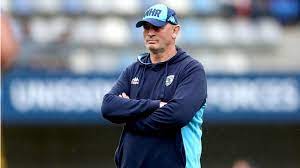 Cotter said the selection was based on the performance of the players during the season for their clubs and during the July international window this year.

“We have been watching the Northern Hemisphere players playing and we are quite happy that a lot of them have been getting game time for their respective clubs overseas,” he said.

Bayonne-based Sireli Maqala plus Fijian Drua’s Leone Rotuisolia and Livai Natave are likely to earn their first cap while Viliame Mata, Leeroy Atalifo, and Semi Radradra return from injury to join the Flying Fijians camp. Also back in the squad is veteran fullback Kini Murimurivalu, who has been having an excellent season for Leicester Tigers.

Players who have not been considered due to injury are Seta Tamanivalu, Meli Derenalagi, Vilive Miramira, and Kitione Salawa while Ben Volavola has been left out because of a lack of game time for his club.

Teti Tela and Vilimoni Botitu are expected to share the fly halves position during the tour.

Cotter said “It’s a great opportunity to play the number one team in the world, Ireland, followed by Scotland who is always hard to beat at home and French Barbarians will be a very tough opponent.”

He added that these games are going to be the reference of what’s going to happen when Flying Fijians play Wales, Australia, and other tier-one teams during the test matches and at the Rugby World Cup next year.

“The players need to step up and these games will give us the references we need to work on especially for the Fijian Drua players.

They will have these experiences going into the Super Rugby Pacific and they will be able to develop their skills and players who play in North will finish this season soon and try hard to earn a spot in July next year” said Cotter.